Google’s mobile payment service begins rolling out today, allowing you to use your phone as if it were a credit card or debit card at participating retailers in the United States.

Android Pay isn’t the only option for mobile payments: Google is competing with Apple Pay and Samsung Pay. But Google’s solution should work with a huge number of phones, since it supports just about any smartphone running Android 4.4 or later as long as it has an NFC chip. 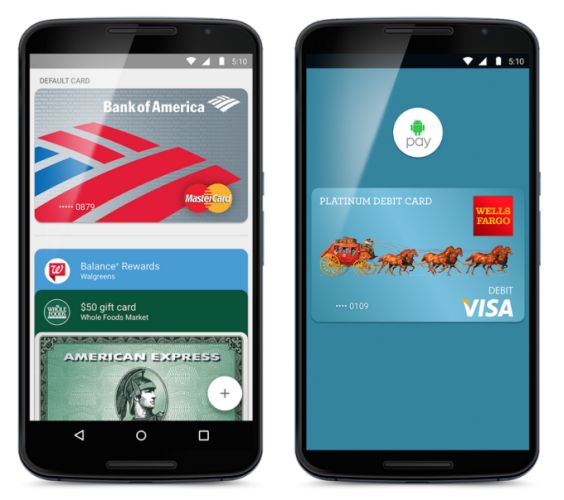 To use Android Pay, you’ll need to link your phone with your credit card, bank, or credit union. The service supports MasterCard, Visa, American Express, Discover, and a number of major US banking institutions. Worried that someone will intercept your banking details when you pull out your phone to make a wireless payment? Android Pay doesn’t actually use your bank/credit card number. Instead it generates a virtual account number.

Google also plans to expand Android Pay so that you can use it for store loyalty cards and special offers as well as purchases made through apps.

If you’re already using Google Wallet on your Android device, the next update will convert the app into Android Pay. New users will be able to download Android Pay from the Google Play Store.