Google may develop the Android software that runs on millions of phones and tablets. But the company also releases the source code for most new builds of Android once it’s ready for public consumption — and at that point outside developers start ripping it apart to see what makes it tick, often building custom versions of Android based on that source code.

Since launching the Google Nexus program a few years ago, Google has also released factory images for most Nexus phones and tablets. Not only does that help folks develop custom firmware for those devices, but it also offers a way to restore a phone or tablet to its factory condition if something goes horribly wrong.

But a few weeks after Google introduced the new 2013 Nexus 7 tablet, there are still no factory images available — and it’s looking like there may never be. And that’s the reason the maintainer of the Android Open Source Project just quit his job as head of AOSP. 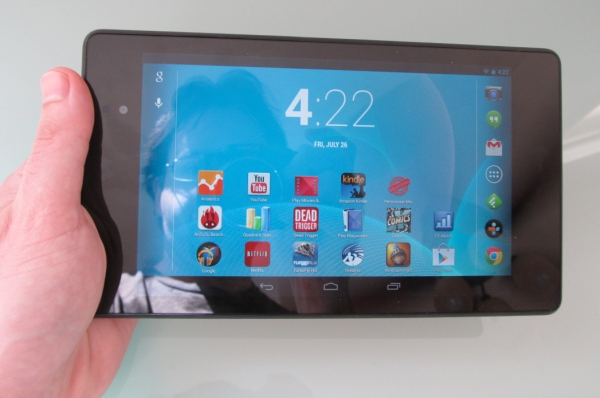 Jean-Baptiste Quéru is a software engineer who had until recently been in charge of the AOSP project. But in a Google+ Post, he says “there’s no point being the maintainer of an Operating System that can’t boot to the home screen on its flagship device for lack of GPU support.”

This doesn’t appear to be a new problem. Google never released a factory image for the first member of the Nexus family, the Google Nexus One. That phone also had a Qualcomm processor.

There are images for the Qualcomm-powered Nexus 4 smartphone, but it took a while for those to be released, and Quéru has suggested he’s not sure the issues will be resolved at all for the new Nexus 7 tablet.

Independent developers can still take advantage of the proprietary blobs to included hardware-accelerated video and graphics support in custom ROMs for the Nexus 7 and other tablets. But since Google doesn’t officially have support to distribute those blobs, the company can’t offer factory image downloads.

It’s not clear why Qualcomm is being more protective over its intellectual property than Samsung, NVIDIA, or Texas Instruments. Those companies made the chips found in other Nexus devices. But it’s also not clear why Google would continue to work with a company that has a poor track record of working with the Android Open Source Project.

via Android Police and Hacker News