Google is said to be working on a new set of Android One guidelines that could help budget phone makers to offer decent smartphones that sell for under $50.

The Financial Times reports Google is expected to unveil new specifications within a few weeks, as part of an effort to increase adoption of the Android One platform in India. 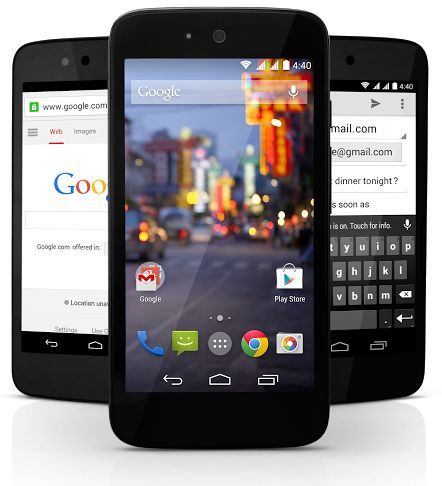 The Android One program is Google’s initiative to provide a list of hardware that companies can use to deliver a reliable Android software experience on low-cost hardware. Phone makers can choose from a list of supported hardware while working with Google to provide the latest versions of Android with software that looks a lot like what you’d see on a Google Nexus device.

The first Android One phones launched in India about a year ago, with a series of phones priced at about $100 and offering a stock Android experience. Since then, Google has expanded the program to additional markets, and we’re starting to see Android One phones with better specs than the first-generation models.

Adoption has been less than stellar though, at least in part because there’s not exactly a shortage of cheap smartphones on the market. Models that are part of the Android One program have to compete with other low-cost devices, many of which are also running Android-based software.

Dropping the starting price to $50 or lower could help new Android One devices to become more competitive in India and other markets where many shoppers are looking for inexpensive devices. According to the report in the Financial Times, many of the most popular phones in India sell for just $31 to $47.

It’s not entirely clear what Android One phones in that price range will look like. You probably won’t find models with full HD displays or super-fast processors. But if Google can find a way to get its version of the Android operating system onto entry-level devices with specs that are good enough for basic usage, it could lead to hundreds of millions of additional users interacting with Google’s search, email, maps, and other apps (including YouTube)… which ultimately means more eyeballs looking at Google’s advertisements. After all, that’s still how the company makes most of its money.

23 replies on “Android One phones could cost less than $50”