Google’s Project Fi wireless network is getting a new mid-range smartphone option. As expected, the Motorola Moto X4 is coming to Fi… and as expected, it’ll be an Android One version of the phone.

That means the Android One Moto X4 will have the exact same hardware as any other version of the phone. But it will run nearly stock Android software and receive at least two years of security and feature updates.

The Android One Moto X4 goes up for pre-order from Project Fi starting today, and it’s available in black or blue color options. Update: Pre-orders are live. 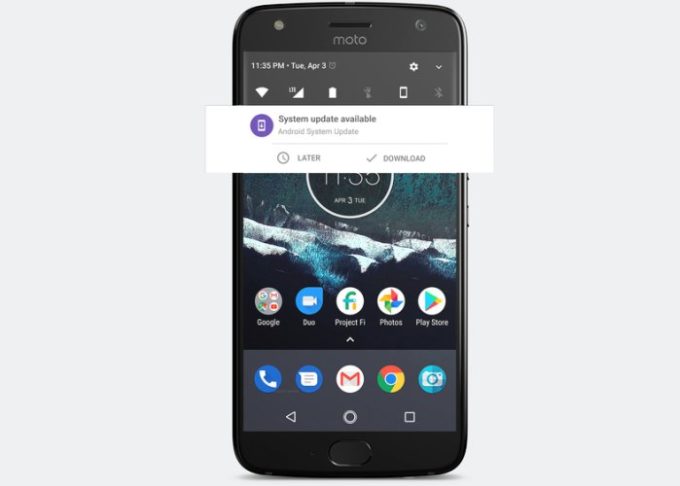 Customers that want to trade in an old smartphone can qualify for credit. Google is offering up to $165 for older Nexus phones, up to $355 for a Samsung Galaxy S8+ or up to $388 for an iPhone 7 Plus, among other options.

Google is also providing a $50 Fi credit to customers who start the trade-in process before October 5th.

It features dual rear cameras and the phone has an IP68 water resistance rating. It has both a USB Type-C port and a 3.5mm headphone jack, supports fast charging, and features 802.11ac WiFi, Bluetooth 5.0, NFC and a fingerprint sensor. 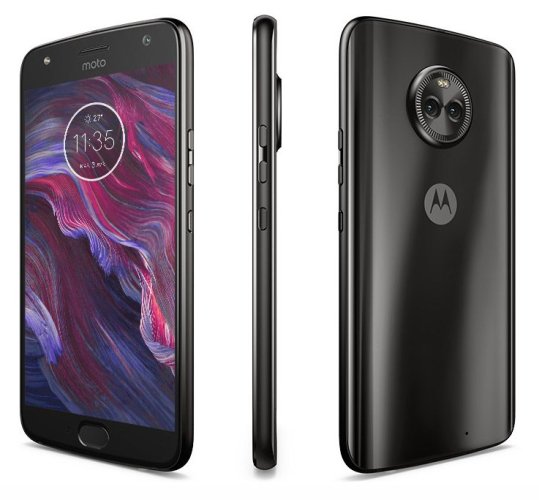 It also has a microSD card. That alone could make it attractive to some folks who’ve been disappointed that Google’s Nexus and Pixel devices tend to lack removable storage options.

As a stock Android fan who’s not particularly interested in spending $650 or more for my next phone, the Moto X4 is the device I’ve had my eye on for the past few weeks. Depending on how much money Google offers for a Nexus 5X trade-in, this could very well be my next phone.

Project Fi is an unusual wireless network in a bunch of ways. Like other MVNOs (Mobile Virtual Network Operators), Fi piggbyacks on existing networks rather than relying on its own. But it switches between T-Mobile, Sprint, and US Cellular depending on network conditions wherever you are… and it switches to WiFi whenever possible. As a Fi customers, that means when I make a call at home, it’s routed over my WiFi network. When I leave the house it’ll probably go out over T-Mobile or Sprint. But my phone always says it’s connected to Fi.

Google also charges $20 per month for unlimited talk and text and then $10 per month for each gigabyte of data you use… and the rate stays the same if you go over your monthly amount. If you use less than you’d paid for up front, Google will refund you. There are no additional fees for tethering or using data while roaming in 135 countries.

Those last bits are the reason I switched to Fi. Since I tend to work from home, it also ends up being one of the cheapest options for me… but if you’re a heavy data user, your results may be different.

But one problem with Project Fi is that up until now it has only officially supported Google Nexus and Pixel phones. With Google phasing out the Nexus 5X and Nexus 6P, that means there were no low-cost or mid-range phones compatible with the network… until today.

It’s almost like Google heard me whining about the lack of choice in June. Almost.

Hopefully this is just the start of things to come. I’d love to not only see more of the high-quality mid-range phones on the market come to Project Fi, but also gain Android One-style software and updates for folks who don’t plan to use Project Fi.

Rumor has it HTC is working on Android One phone, and Xiaomi recently launched one… although it’s not compatible with most US wireless network bands.