The Asus Transformer Book T100 is an inexpensive Windows tablet with a 10 inch display and a keyboard based that lets you use it like a laptop. Thanks to an Intel Z3740 Bay Trail processor the device gets long battery life while offering laptop-like performance.

But if you’re not a fan of Windows, you’re not necessarily stuck with it. As of late October, 2013 it’s a bit of a pain in the neck trying to run an alternate operating system on the Transformer Book T100 — but it’s possible. 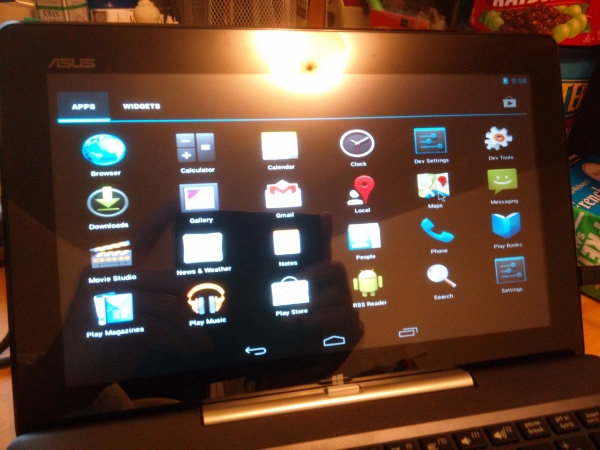 The process is pretty complicated and requires 2 USB flash drives, a USB-OTG cable, and a bit of patience.

Basically what you need to do is prepare a bootable USB flash drive with an x86-compatible version of Android and a version of the GRUB bootloader that the tablet will recognize.

Then you can choose Android at the boot menu and load Google’s touchscreen-friendly operating system. You just might not be able to run it very well — paperWastage reports Android is very slow and unstable, and not generally usable in its current state. But at least it boots. 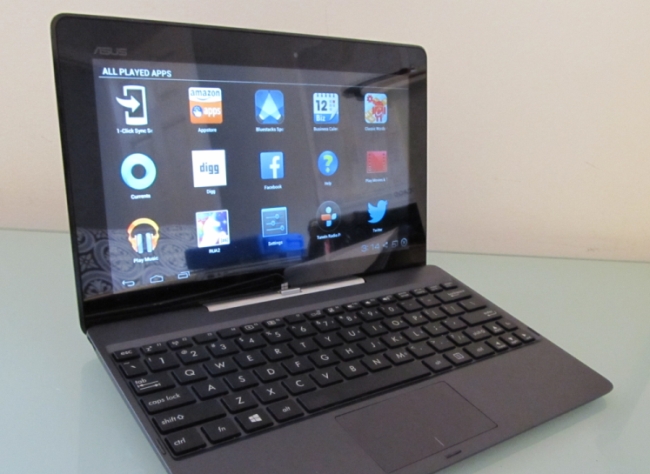 BlueStacks can be a bit sluggish too, but it does allow you to access apps that wouldn’t otherwise be available for Windows 8 tablets, including the Android Google Play Music and Play Movies apps. 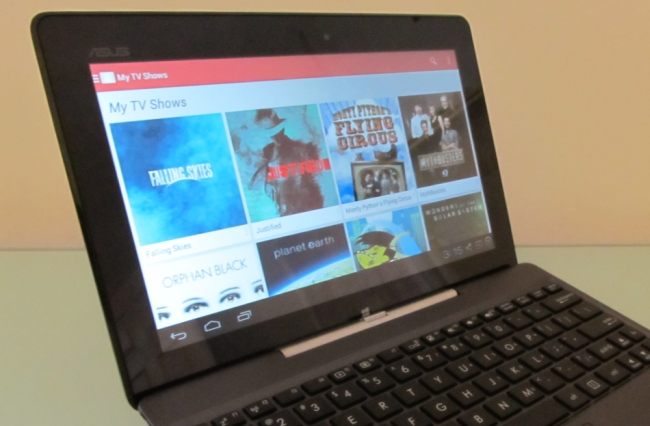 It can take a long time to load those apps — and sometimes actions which take one tap on an Android phone or tablet require a double-tap on the Asus T100 with BlueStacks. But once the apps are up and running, they work smoothly. I was able to watch a bit of movie using Google Play Movies today, and play a little Robot Unicorn Attack on the tablet. 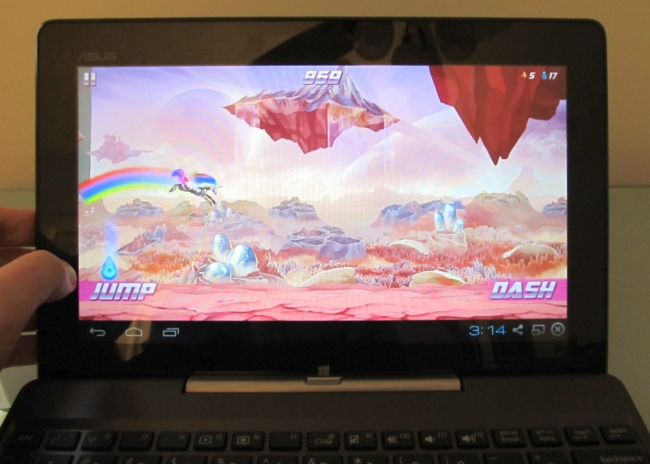 The movie looked good, the game looked like it was dropping frames. Results will probably vary depending on the Android apps you’re trying to run.