Want to take an early build of Google’s next version of Android for a spin? Google has released developer preview builds of Android M for the Nexus 5 and Nexus 6 smartphones, the Nexus 9 tablet, and the Nexus Player TV box.

Android M is expected to officially launch in the third quarter of 2015. 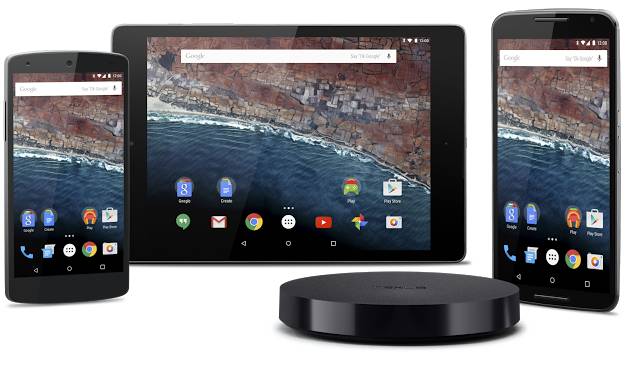 The preview is aimed at developers and Google is also making a software developer kit available, giving app and game makers the opportunity to start updating existing apps and building new apps that take advantage of the latest features.

Google will deliver at least two over-the-air updates for the developer preview before the operating system is finalized later this year. The second preview build is currently scheduled to launch in late June or early July, with a third coming in late July.

Don’t want to install the developer preview on your phone, tablet, or TV box? The SDK also includes 32-bit and 64- bit emulator images which let you test Android M on a computer.

What features? Among other things, Android M includes:

Google is also improving Google Now with a feature that lets you pull up Google Now suggestions from any screen, bringing offline navigation support to Google Maps, and introducing a new Android-based operating systems for Internet-of-Things hardware called Brillo.

One reply on “Android M developer preview available for Nexus 5, 6, 9, and Player”