Android and iOS dominate the smartphone operating system space, with Microsoft’s Windows phone software residing in a distant third place. But Microsoft has another strategy: get its apps and services on phones that don’t run Windows.

The company makes a number of apps that can run on Android and iOS devices… and now Microsoft says there are 74 hardware partners in 25 countries bundling software from Microsoft with their Android phones and tablets. 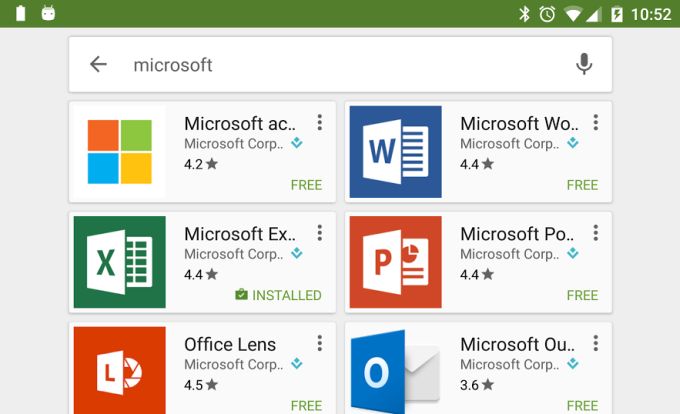 Acer is the latest partner, but others include Samsung, Sony, and LG, which all include Microsoft services on at least some of their devices.

For the most part, Microsoft’s apps run alongside similar software from Google. But it’s at least theoretically possible that we could eventually see Android phones or tablets ship with Google’s operating system, but Microsoft’s apps for email, chat, cloud storage, and more. The makers of Cyanogen OS, for instance, have talked about plans to replace Google’s services with their own, and the company starting bundling Microsoft apps with its Android-based operating system last year.