More than two years after launching a custom version of Android designed for in-vehicle systems, Google is making Android Auto available to just about anyone with a relatively recent Android phone.

You no longer have to buy a car or car stereo head unit with Android Auto baked in. Just fire up the Android Auto app on a phone running Android 5.0 or later and you get a driver-friendly user interface for navigation music, and phone calls, among other things. 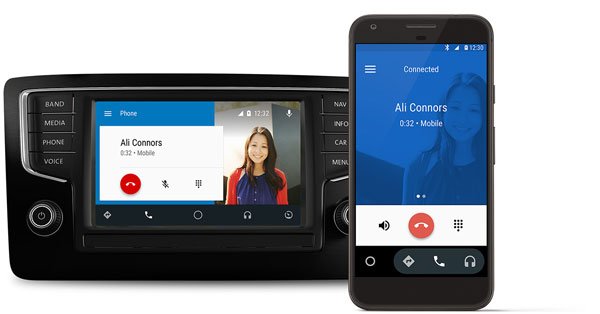 One of the key features of Android Auto is what it doesn’t do: you can only access a set of car-friendly apps while using the software. The idea is to let you get driving directions, change the music, or perform other actions without taking your eyes off the road for more than the split second it would normally take to change a radio station.

Apps have big text and buttons and a card-like layout. And you can make phone calls or send text messages using voice commands.

Previously only available on in-vehicle navigation and entertainment systems, the update to Android 5.0 and later phones allows you to automatically start Android Auto when you pair your mobile device with Bluetooth-enabled car. But you can also launch it manually if your car doesn’t support Bluetooth connection.

Google says the Android Auto update is rolling out gradually, but users can sign up to get an email when it’s available for their device.

Google is also bringing “OK Google” hotword detection to Android Auto “in the coming weeks,” allowing you to use the app totally hand-free.

Android Auto is currently available in 30 countries, and Google says the new Android smartphone app version will be available in those same regions.