Android apps are coming to Chrome OS soon. But you’ll need a relatively recent device to use them.

Google has unveiled a list of the first Chromebooks, Chromeboxes, and other Chrome OS computers that will support the Google Play Store and Android apps, and for the most part we’re looking at devices that launched in 2014 or later.

Older Chromebooks need not apply… and that even applies to Google’s own products, like the original Chromebook Pixel. 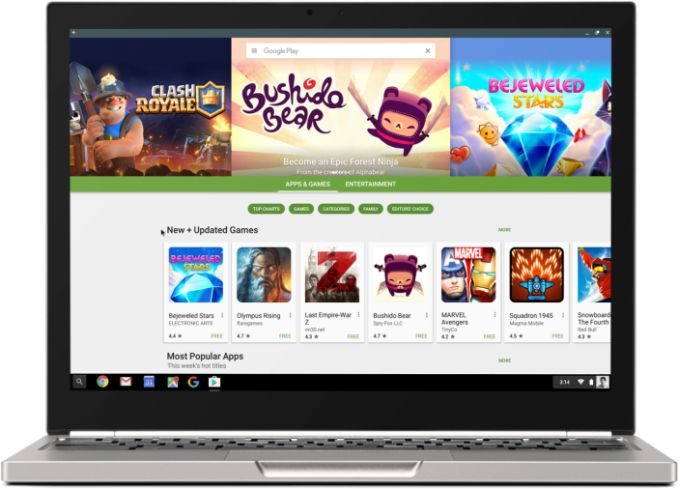 That decision might seem a bit odd, since the first-gen Chromebook Pixel has a touchscreen display and a faster processor than many more recent Chrome OS products. But Ars Technica says Google decided that the cut-off was based on time, not hardware.

Google offers 5 years of software support for Chromebooks, and it looks like the company decided not to roll out this particular feature to devices that are more than half way through that support life cycle.

The first three devices to support Android apps will be the Acer Chromebook R11, Asus Chromebook Flip, and 2015 Google Chromebook Pixel. All three of those products have touchscreen displays.

But later in the year, Google will add support for a wide range of products including Chromebooks without touchscreens, Chromebase all-in-one desktops, Chromebox desktops, and Chromebit PC sticks.