Google is bringing Android apps to Chromebooks, and the first model to support the feature is the Asus Chromebook Flip.

But Google is starting with the Chromebook Flip and the company has released Chrome OS 53 dev channel for the laptop, complete with support for Android apps and the Google Play Store.

Update: Google has released a newer build of Chrome OS that addresses some of the issues mentioned below. 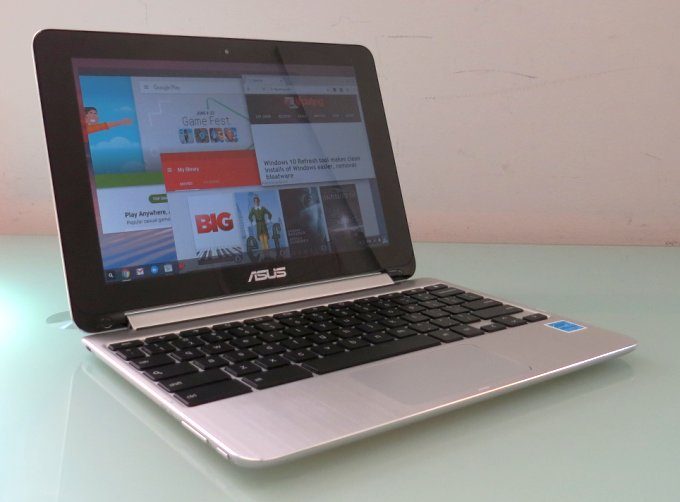 That makes sense, since the Chromebook Flip has hardware that’s a lot like what you’d find on an Android device: it’s a convertible tablet-style notebook with a 10 inch, 1280 x 800 pixel touchscreen display that can flip 360 degrees until it’s behind the keyboard, allowing the tablet to function like a notebook.

Asus sells the Chromebook Flip for $229 and up.

So how do Android apps work on the Chromebook Flip? A lot like the way they work on Android phones or tablets: there’s an icon for the Play Store in the system tray. Click or tap it to open the store and you can download and install Android apps or access music, movies, eBooks, or anything else Google offers through the Play Store.

Most of the apps I searched for were available for download, but some apps that require specific hardware (like GPS) may not be downloadable if you’re using a device that lacks that feature.

Once an app is installed, it shows up in the same launcher as your Chrome web apps — which can be a little confusing if you have identical-looking icons for things like the Microsoft Excel web app and Microsoft Excel Android app.

Most apps won’t take up the full screen when they first run, but you can tap a maximize icon to make them run in full screen, and you can swipe the taskbar at the bottom of the screen to make it disappear for a more immersive experience. 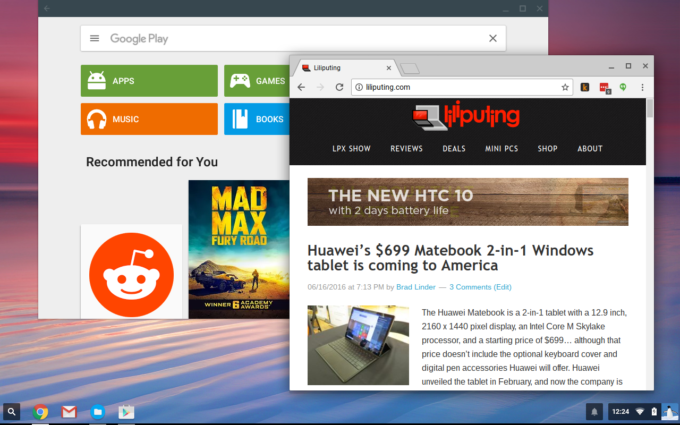 I’ve been able to play games like Riptide GP2 in landscape mode, but I had to use touch-based controls because the game couldn’t detect the gyroscopic sensors in the tablet for motion controls. It also didn’t notice when I tried plugging in a USB game controller.

I also installed a few different apps for reading eBooks and comics including Google Play Books, Amazon Kindle, Marvel Unlimited, and Hoopla. They all work in either landscape or portrait mode — but if you want to read in portrait mode you should switch to portrait orientation before opening the app.

Opening any of those apps in landscape and then trying to rotate the screen is a pretty reliable way to crash the Android subsystem: the app freezes, refuses to close, and stops me from launching any other Android apps until I reboot the device. 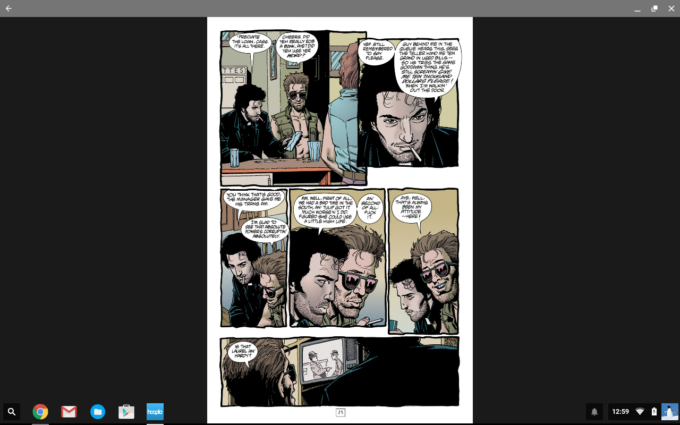 Hopefully the screen rotation issue will be resolved in the future. I’m testing a dev channel version of Chrome OS, after all. For now there’s one workaround that can help minimize the risk: an option to enable or disable automatic screen rotation.

I also noticed that while you can view multiple apps on the screen at the same time, you can’t play a video while surfing the web or running another app. The video stops playing as soon as you click on a different app. That’s true for Netflix, Google Play Movies & TV, and other video apps I’ve tried.

Update 7/19/2016: This behavior has been fixed in more recent builds of Chrome OS. Now you can watch a video using an Android app in one window while surfing the web in a separate Chrome browser window without worrying that the video will stop playing. 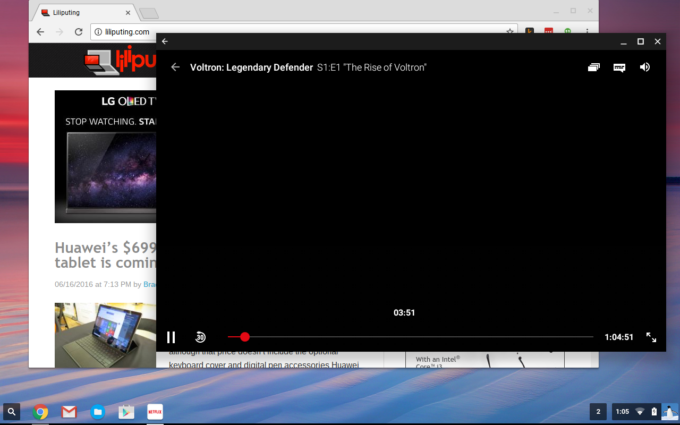 You can find more pictures and some more details about apps I’ve tried on the Chromebook Flip in my first post on the subject. But I wanted to write a follow-up now that I’ve had some more time to test the software (and shoot a video).

Overall, Chrome 53 dev channel on the Chromebook Flip shows a lot of promise. There are some kinks to work out and features I’d like to see improved. But the ability to download and install games and apps ranging from office software to media players goes a long way toward making the Chromebook Flip feel like it’s both a computer with a desktop-style OS and one which you can use to run the kind of apps you’d run on a mobile device.

If Google can make future versions of Android on Chrome OS less crash-prone, it’d be hard to imagine why anyone would buy a 10 inch or larger Android tablet instead of a convertible Chromebook like the Chromebook Flip.