You may think of Google as a company behind a search engine, mobile operating system, web browser, and self-driving cars. But Google makes most of its money through advertising… so it’s no surprise that the company is often looking for new ways to deliver ads.

This week we learned that Google may be working on a new targeted ad system for YouTube in order to make the massively popular online video site somewhat profitable. 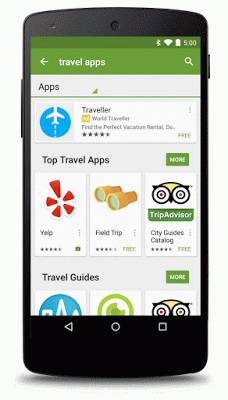 Right now the Play Store is an ad-free zone, although Google takes a 30 percent cut of revenue from apps and in-app purchases sold through the store.

Google is promoting the new ads in the Play Store as an opportunity for app developers to promote their apps to users, making them more visible than they might otherwise be from an ordinary search. But it’s also clearly a way for Google to make a bit more money from Android.

A pilot program is launching in the next few weeks, with a limited number of users seeing ads from a select group of advertisers that Google says are already running Google search ads for their apps. TechCrunch reports that advertisers aren’t paying for ad placements for now, but that’ll almost certainly change if the program graduates from its pilot status.