Always running out of storage space on your phone? Google Android is getting a new feature that may help… a little bit.

The upcoming Android 8.1 release will be able to detect shrink the amount of storage used by some apps when your device is running low on free storage space.

Spotted by xda-developers, the feature has been in the works in a while, and it’s designed to automatically “reduce app size by downgrading inactive apps.” 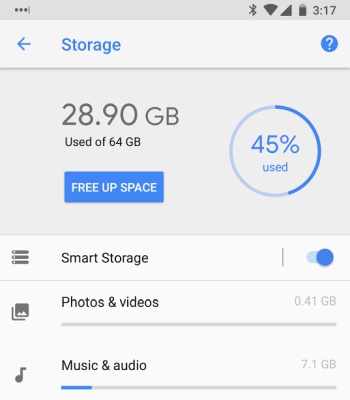 Basically, here’s what that means: if you haven’t used an app for a set number of days, Android will consider it an inactive app. And the operating system will free up disk space by basically removing that app from your device’s Dalvik compiler cache.

That means when you do run it again, it’ll need to be re-optimized. It also means that you won’t save any space if you do regularly use every app on your device. So this feature probably isn’t going to free up a ton of space on your device… but if you’ve got a phone without a lot of built-in storage, every megabyte helps.

It could take a while before we start to see this feature in the wild. It won’t be widely available until Android 8.1 is released… and many existing phones will probably never receive an Android 8.1 update.

4 replies on “Android 8.1 can save space by reducing cache for inactive apps”