Google recently released Android 6.0 for the Nexus 5, Nexus 6, Nexus 7 (2013), Nexus 9 and Nexus Player. But the company also released the source code for the latest version of Android, which means companies like Sony, Samsung, Motorola, and HTC will start offering Android 6.0 updates for some of their phones and tablets soon.

But independent ROM developers have them beat. Developer Dmitry Grinberg recently released an Android 6.0 ROM for the Google Nexus 4 smartphone, and now he’s released one for the Nexus 10 tablet, helping folks keep their devices up to date even if Google is no longer providing official updates. 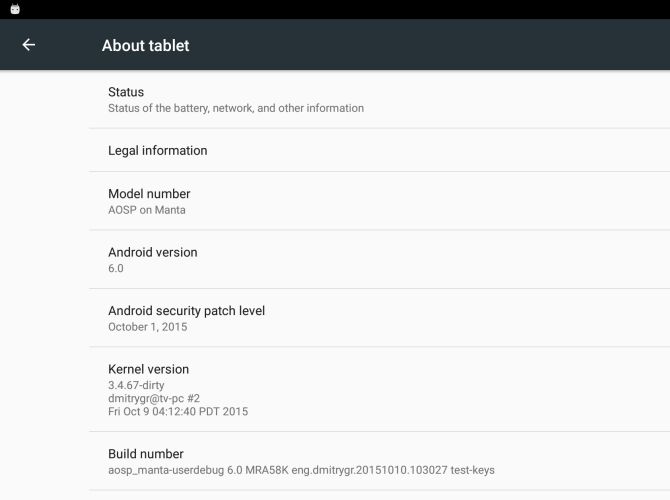 A few different folks have also managed to get Android 6.0 to run on the 2012 version of the Nexus 7 tablet, but performance on that platform isn’t stellar.

One person reports that it took hours for the system to rebuild apps during the upgrade process, while others report that camera, NFC, and GPS don’t work on the Nexus 7 (2012) after the update.

We’ll likely see Android 6.0 ported to many more devices in the coming weeks, but Nexus models are often among the first… even when they’re Nexus devices that are no longer supported by Google.