It’s been years since HP has released an official software update for the long-discontinued HP TouchPad tablet. But independent developers have been keeping the tablet up to date by porting various versions of Google Android run on the tablet for ages.

Developer Flintman has released an alpha build of Evervolv based on Android 6.0 for the HP TouchPad. 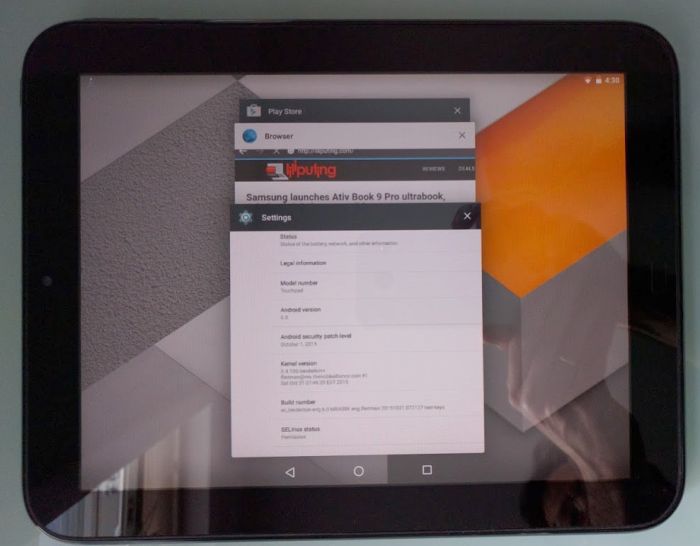 Android 6.0 brings a number of new features, including tweaks that should lead to reduced power consumption when a device is idle, automatic cloud backups for some apps, and more user control over the permissions used by apps.

The HP TouchPad tablet originally shipped with webOS instead of Android. But it’s perfectly capable of running Android… it’s just that HP never officially released Android software for the tablet, so it’s been up to independent developers to keep the 9.7 inch tablet up to date.

They’ve been doing that since 2011, when the first builds of Android 2.3 were released for the TouchPad. Every major version of Android since then has been ported to the tablet, including Android 5.1 earlier this year.

Development of the Evervolv version of Android 6.0 for the TouchPad is still in the early stages, so there are some features that don’t work as of early November, including Bluetooth, the camera, and mounting of the external_sd storage. In other words you can install the alpha build of Evervolv if you want to try Android 6.0 on a TouchPad or help search for bugs… but if you want a stable operating system you should probably stick with an earlier version of Android for now.

If you’re running an earlier version of Evervolv you should be able to flash the new build on top of it. If you’re using just about any other version of Android on the tablet, you’ll probably want to do a clean install first. And if you’ve got a TouchPad running webOS, you may want to use TouchPad Toolbox to set it up so it can run Android.

13 replies on “Android 6.0 comes to the HP TouchPad (unofficially)”