The HTC HD2 is a smartphone that was released in 2009. That makes it about 300 years old in phone years.

It originally shipped with Windows Mobile 6.5, and while it had some of the best hardware of any Windows Mobile device on the market when it launched, HTC and Microsoft never released a software update to let it run Windows Phone 7 or later.

That’s where a community of independent developers came in. Not only did they figure out how to run WP7 and later WP8 on the phone, but over the years they’ve also manager to run Ubuntu, MeeGo, Windows RT, and just about ever major version of Android. 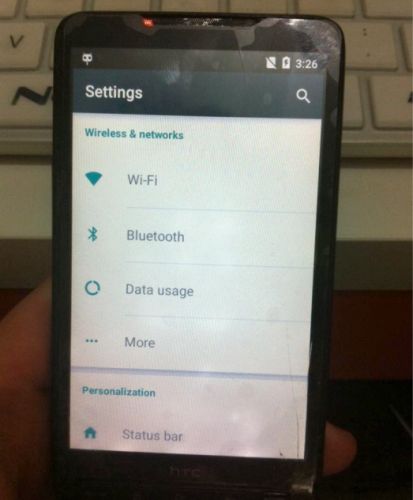 Developer macs18max has released an early build of Android 5.0 for the HD2. It’s based on CyanogenMod 12, fetures the Linux 3.0.x kernel, and is very much a work in progress. Seriously. It takes 20 minutes to boot at this point, may reboot unexpectedly, and while the audio and display work, as of early January, just about nothing else does.

Still, it’s pretty remarkable to see what can happen when a group of independent developers decides to keep a phone going long past its sell-by date. You won’t get any official support for the HD2 from HTC anymore… and if you have a chance to buy one of these aging phones you probably shouldn’t: you can get much better hardware for next to nothing. But if you’ve had an HD2 lying in your drawer for years, it’s nice to know you might soon be able to pull it out, load up some new software, and get an entirely new, modern experience out of the aging device.