Google is starting to roll out Android 4.4 KitKat for its line of Nexus phones and tablets. Starting November 12th, 2013 users of the WiFi-only Nexus 7 and Nexus 10 tablets should start to receive over-the-air updates. Both the 2012 and 2013 Nexus 7 tablets are getting the software update.

Updates for the Google Nexus 4 smartphone and 3G Nexus 7 tablets should be on the way soon. The Nexus smartphone already ships with KitKat preloaded. 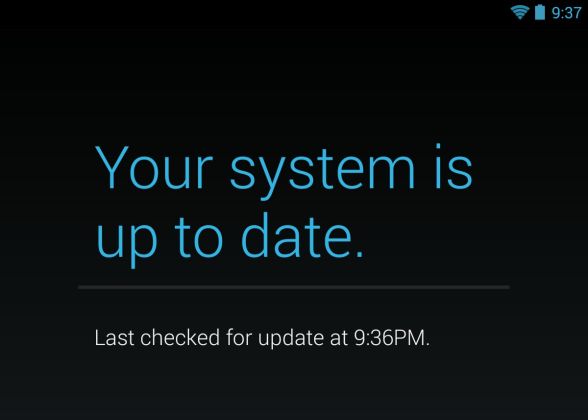 Google has no plans to offer an update for the Samsung Galaxy Nexus or older Nexus devices, but independent developers have already started porting the Android Open Source Project (AOSP) version of KitKat to run on that phone, which was released in 2011.

Android 4.4 brings a number of changes, some of which are only available on the Nexus 5, including a new home screen and app launcher which is tightly integrated with Google Now and Google Voice Search.

Other updates are available to all devices. Among other things, Android 4.4 brings a new “immersive mode” for apps, letting you run apps in full-screen mode without any notification bar or status buttons, but easily bringing them up with gestures when needed.

There’s system-level support for printing, allowing you to send content from almost any app to a printer using Google Cloud Print. The latest Android keyboard has support for Emojis. And you can enabled closed captioning and subtitles from the Accessibility settings.

One reply on “Android 4.4 KitKat arrives for the Google Nexus 7, Nexus 10 tablets”