The MK808 is an Android TV stick with a Rockchip RK3066 dual core processor, 1GB of RAM, and 8GB of storage. It’s about the size of a chunky USB flash drive, but it’s basically a tiny computer running Android. Plug it into your TV and you can run Android apps on the big screen. 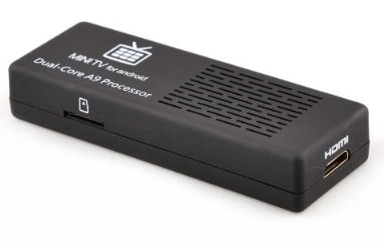 GeekBuying has posted download links for the software update and the RKBatch Tool which you can use to install the new software.

Many of the updates included in Android 4.2 are clearly designed more for tablets and smartphones than TV boxes like the MK808. For instance the on-screen keyboard and text prediction have been improved, and there’s support for widgets on the lock screen.

But the update also means general stability improvements, improved notifications, and support for software that requires the latest version of Android.

There’s a chance this Android 4.2.2 software update may also run on other mini PCs with RK3066 processors (since they tend to feature similar hardware), but proceed with caution since this update is specifically designed for the MK808.

Or if you’re looking for an alternative to Android altogether, you can check out PicUntu – a version of Ubuntu Linux designed to run on mini computers with RK3066 processors.

for the same price.