ARM-based processors may dominate the Android space right now. But Google’s mobile operating system can also run on phones, tablets, and other devices with x86 or MIPS-based processors. 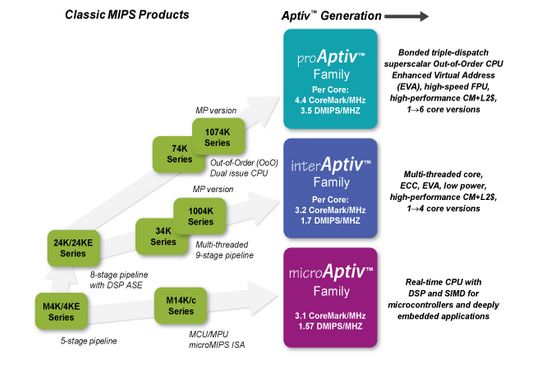 MIPS is also working with Android app developers to make sure some top tier apps are available for MIPS devices. Google recently added support for MIPS to its Native Development Kit, and MIPS recently announced that the makers of Fruit Ninja and the Opera web browser had added support for the chip architecture.

One advantage MIPS has over ARM is that while most ARM chips are based on 32-bit designs, MIPs offers both 32-bit and 64-bit processors designs.

You don’t see a lot of MIPS-based tablets in the US, but the low power, low-cost devices do well in China, India, and Latin America, among other places.

If you do want to get your hands on one in the US, you can find a number of different models going for less than $100 at AliExpress, a marketplace where Chinese device manufacturers regularly offer inexpensive electronics to international customers.

One reply on “Android 4.1 coming soon to MIPS-based devices”