Google has introduced Android 4.1 Jelly Bean, the next version of the company’s mobile operating system. It features improved search, voice search, text input, and camera features and the software development kit will be available today.

Starting in mid-July Google will release the source code for Android 4.1, and the company will also release over-the-air updates for the latest flagship Android devices including the Samsung Galaxy Nexus and Nexus S smartphones and the Motorola XOOM tablet. 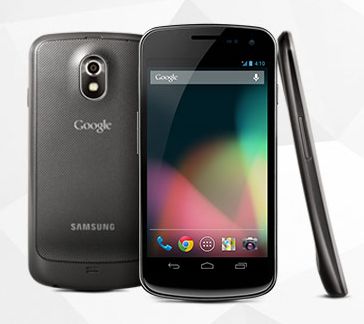 Here are a few of the new features in Android 4.1:

Android 4. includes the new Google Knowledge Graph, which shows appropriate search results for the type of query. For instance if you’re searching for a place, you might get a map in the result. Search for a celebrity and see photos.

Google has long supported a search-by-voice feature that lets you talk to your phone to conduct a search. But now your phone or tablet can speak back to you. 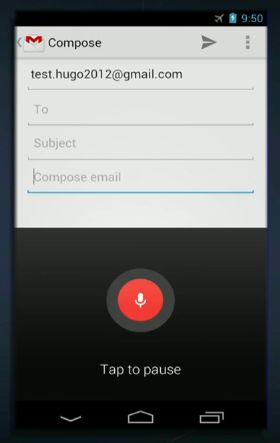 When you combine Knowledge Graph with Voice Search, this is basically Google’s answer to Apple’s Siri. You can ask your phone a question and it will answer you.

Google is adding predictive text and recommendations to the on-screen keyboard. But the company has also reduced the size of its voice recognition engine so that it can fit on a mobile device.

In other words, you no longer need an internet connection to enter text by voice.

Google has worked to speed up animations and other effect so that devices feel faster when opening or closing apps, swiping between home screens, or performing other activites.

You can view multiple photos at once from a new film strip just by pinching the screen and then swiping back and forth. 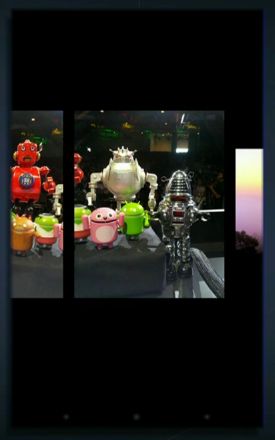 Android 4.1 also now lets you delete a photo simply by dragging it up to the top of the screen. This is a lot like the way you close apps on a webOS device.

If you accidentally delete an image you meant to keep, there’s an undo option.

There’s now support for notifications that can do more. You can view photos shared by your Google+ contacts right in the notification bar, for instance. 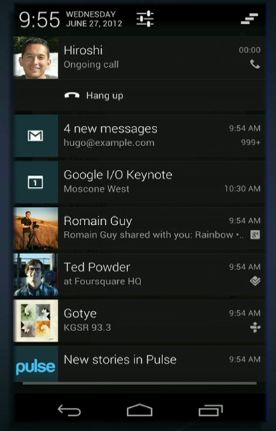 You can also email a reply to email notifications, view your latest Gmail message headlines in an expanding widget, or tap a call-back button from a phone notification.

This has the potential to greatly clutter the notification area, but you can expand or shrink any notification widget so that it doesn’t have to take up any more space than an old fashioned notice.

Update: It looks like you can actually disable apps from showing notifications, which should help keep annoying notices out of the way.

Google is rolling out an ambitious new set of search-based features called Google Now that can use your search history, current location, calendar events, and other data to automatically provide you with information. This feature can be a bit creepy at times, but it’s optional. 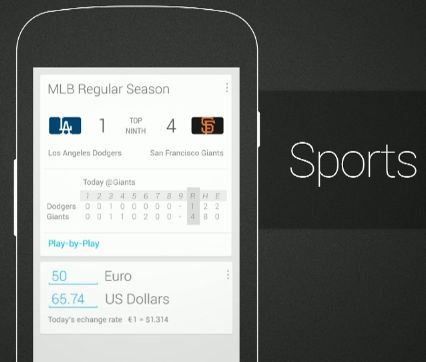 For instance, Google Now can detect your favorite sports teams by your search history and automatically show you schedules and scores.

Less creepy and much more useful (for non-sports fans like me), are the transportation features. For instance, when you’re near a bus stop or train station, Google Now can show the schedule for the next bus or train. 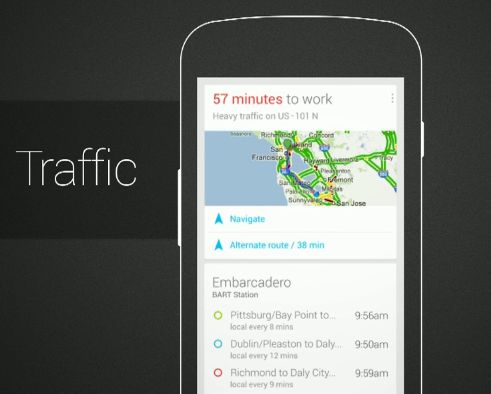 If you commute to work at the same time every day, Google Now can detect that you’re probably getting ready to to go work and bring up travel times and suggest alternate routes if there’s traffic congestion.

Google is adding new NFC features, letting you do some pretty cool things like pair your phone with a Bluetooth headset or Bluetooth speakers just by tapping them together.

You can also now send photos or videos to another Android device with an NFC chip by tapping them together.

These updates aren’t technically exclusively to Android 4.1, but today Google also announced some new features for the Google Play Store.

First, you can now purchase movies and episodes or full seasons of TV shows from Google Play. Previously you could only rent videos.

Second, Google has introduced a new Magazines app. You can use it to purchase individual issues or subscriptions to magazines. Google also offers 14-day free trial subscriptions for most magazines.

Video and magazine purchases are both features that Apple, Amazon, and other companies have offered for a while. But they’re a welcome addition to the Google Play Store.

Google is also adding encryption for paid apps purchased from the Google Play Store, which will help crack down on piracy. Basically users will get a device-specific ID when they buy an app. This might not be great news for consumers looking to move apps between devices, but it’s probably good news for developers.

What is good news for consumers is an update to the way app updates are downloaded. Instead of re-downloading the whole app, users will now download just the parts of an APK file that have changed.

On average, Google says this means users will download about one third as much data.