The Raspberry Pi is an inexpensive, low-power computer designed to run Linux and other open source operating systems. It has a 700 MHz ARM11 processor, 256MB of RAM, and an SD card slot for storage. The Raspberry Pi may not exactly be a speed demon — but it’s cheap, costing just about $35 for a basic model with 2 USB ports, an HDMI output and an Ethernet jack.

While developers have been working to port Fedora, Debian, and other desktop-style operating systems (including Chrome OS) to the Raspberry Pi, it turns out it also handles Google Android pretty well. 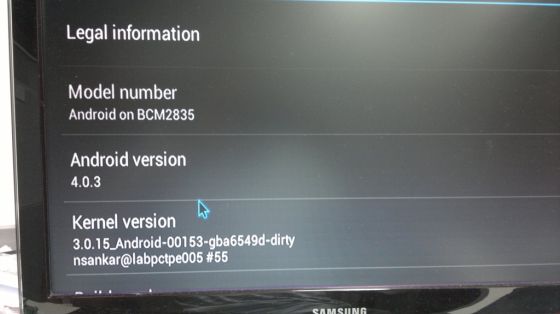 Android may be an operating system designed for smartphones and tablets, but the OS allows you to watch videos, surf the web, play games, edit documents, and do many of the things you’d expect to do on a full-blown computer.

The Raspberry Pi team says that work is underway to port Android 4.0 to run on the little computer. Hardware-accelerated graphics and video are already functional, but audio support is still a work in progress.