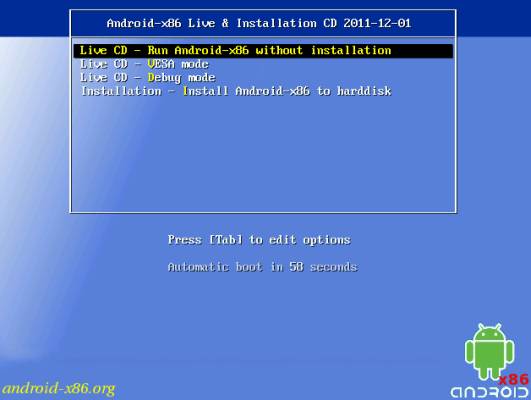 About two weeks after Google released the source code for Google Android 4.0 Ice Cream Sandwich the folks at the Android-x86 project have released the first build for x86 chips. That’s pretty impressive, considering Google has only released the source for devices with ARM-based processors such as the Samsung Galaxy Nexus smartphone.

Google is reportedly working with Intel to release a version of Android designed to run on tablets, laptops, and other computers with x86 chips. But the Android-x86 project has been working to unofficially do the same thing for the past few years.

The first release of Android-x86 is optimized for tablets with AMD Brazos chips including the MSI WindPad 110W or Acer Iconia Tab W500. It’s aimed at developers and it’s still a little rough around the edges. Sound, camera, and Ethernet don’t work yet, and while you can theoretically run the software on a computer with an Intel processor, there’s no hardware acceleration support for Intel chips yet.

But WiFi, and touchscreen input are supported, and the developer build also supports OpenGL ES Hardware acceleration on computers with AMD Radeon graphics.