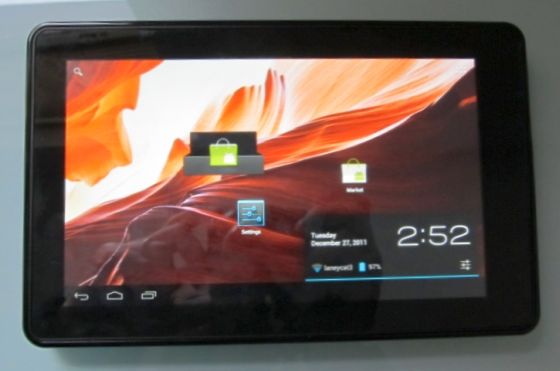 Developer JackpotClavin has released a new build of CyanogenMod 9 for the Amazon Kindle Fire. The latest version of Android 4.0 for the tablet includes one major update: audio now works properly.

When the first build was released in late December there were some major audio glitches. Sometimes sound would work, and sometimes it wouldn’t.

The latest build solves that problem, but there are still problems with video playback.

You can install the new build following our step-by-step guide for installing Android 4.0 on the Kindle Fire. Just substitute thew new Sound1-19.zip for the original tryforsdupdate.zip.

You’ll also have to re-install gApps if you want Android Market access. You should probably try the latest Google apps package. As of January 19th, that’s gapps_ics_4.0.3_v10.zip.

You can find download links for the update and for gApps from the project’s xda-developers forum thread.

2 replies on “Android 4.0 for the Kindle Fire: Now with working audio”