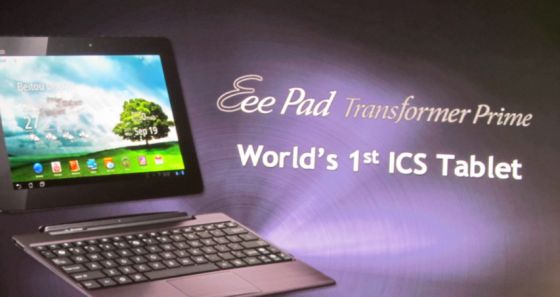 NVIDIA has announced that Google Android 4.0 Ice Cream Sandwich will be available for the Asus Eee Pad Transformer tablet starting today. That’s three days ahead of schedule. We’d previously heard that the software update would be available on January 12th.

The Eee Pad Transformer Prime is the first tablet to ship with an NVIDIA Tegra 3 quad-core processor, and now it will be the first premium tablet to feature Android 4.0. It’s not exactly the first Android 4.0 tablet though. That award probably goes to the $99 Ainol Novo 7 tablet. But the Transformer has a larger screen, higher resolution processor, faster processor, and other premium features you won’t find on a $99 tablet anytime soon.