The developers working on porting Android 4.0 to run on the Notion Ink Adam tablet have announced that they expect to launch the first public beta this weekend. 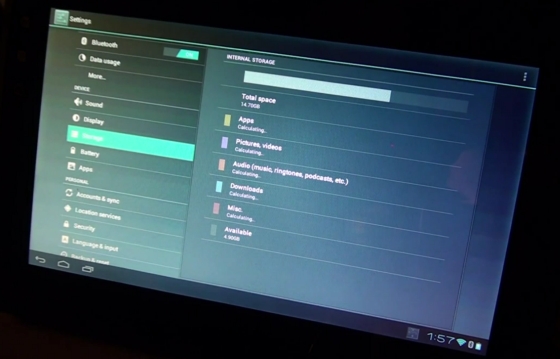 The Adam is a 10 inch tablet with a 1024 x 600 pixel display, an optional Pixel Qi sunlight readable screen, and an NVIDIA Tegra 2 dual core processor. It was designed by Indian company Notion Ink, and the tablet was one of the first to hit the streets with a Tegra 2 chip.

While the Adam hasn’t had the kind of commercial success as tablets from Amazon or Samsung, there’s a group of early adopters looking forward to the software update.

Last month an alpha version of Android 4.0 for the tablet was made available, but at the time there were problems affecting sleep, HDMI output, and USB mass storage.

You can find out more by keeping an eye on the Notion Ink blog and TabletROMs forum.

Update:The download links are now live at the TabletROMS forum.

3 replies on “Android 4.0 beta released for the Notion Ink Adam”