Archos is rolling out an over-the-air update for the Archos 80 and Archos 101 G9 tablets. The update brings Android 4.0.3 to the tablets, as well as Archos customizations. 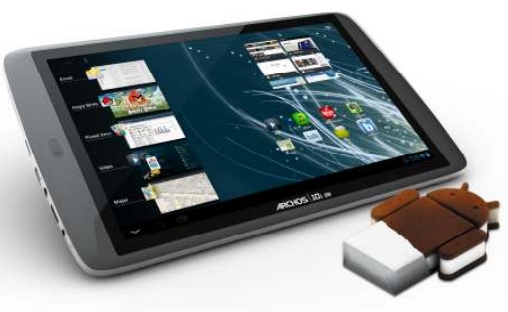 Archos includes its own file manager and a video player which supports 1080p HD video playback in a wide range of formats as well as subtitles and DNLA media streaming.

But the big news here is that the tablets now support Google’s latest operating system with improved multitasking, notifications, spell checking, and a streamlined look and feel.

The Archos G9 line of tablets were the first from the company to ship with Android 3.2 Honeycomb and Google Certification, which means they can download apps from the Google Play Store and run Google’s Android apps such as Gmail and Google Maps.