Dell has started rolling out a software update for the Dell Streak 7 tablet. A handful of Streak 7 owners in the UK are reporting that they received a notice that an update as available and they’ve downloaded and installed the new software on their tablets. 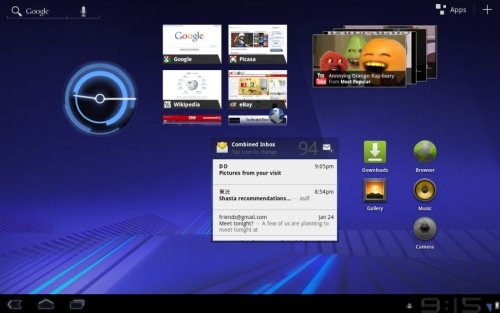 The Dell Streak 7 features a 7 inch, 800 x 480 pixel display and a 1 GHz NVIDIA Tegra 2 dual core processor. When it launched earlier this year, the tablet shipped with Android 2.2 Froyo — a version of Google’s operating system designed for phones rather than tablets.

The Honeycomb update for the Dell Streak 7 makes it one of the first 800 x 480 pixel tablets to run Honeycomb. There’s no word on when the new software will be available in the US or other countries.

One reply on “Android 3.2 Honeycomb update for the Dell Streak 7”