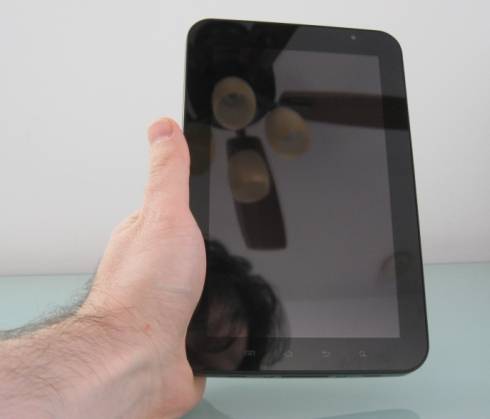 Google Android 3.2 is designed to bridge the gap between 7 and 10 inch tablets by offering a version of the Android operating system that will scale easily to various screen sizes. Motorola has already begun rolling out the software update for its 10 inch XOOM tablet and Asus plans to issue an update for the Eee Pad Transformer soon. Meanwhile the 7 inch Huawei MediaPad is set to be one of the first devices that will ship with Androi 3.2 already installed.

But what about existing 7 inch tablets? Samsung release a 7 inch Galaxy Tab last year, and while the company has been working on a software update, it only brings the tablet up to Android 2.3, not Android 3.x.

That’s where the independent developer community comes in. Xda-developers forum member spacemoose1 was already working on porting Android 3.x Honeycomb to run on Samsung’s 7 inch tablet, but now that Android 3.2 is starting to make the rounds he’s going to focus on porting the latest version of the OS.

It’s still an early work in progress at this point. Google hasn’t released the full source code for any version of Honeycomb. That means developers have to modify software extracted from the emulators that come with Google’s software developer kit or the firmware from existing Android devices. For now the only firmware available to work with is from the Motorola XOOM.