It’s only been a few months since Google released Android 12, but now you can beta test the next version of Google’s operating system for smartphones and tablets.

Android 12L is expected to launch in early 2022 with numerous optimizations for large-screen devices including tablets and foldables. Google released a developer preview for the Lenovo Tab P12 Pro last week. And now you can install Android 12L Beta on Google Pixel 3a or later smartphones. 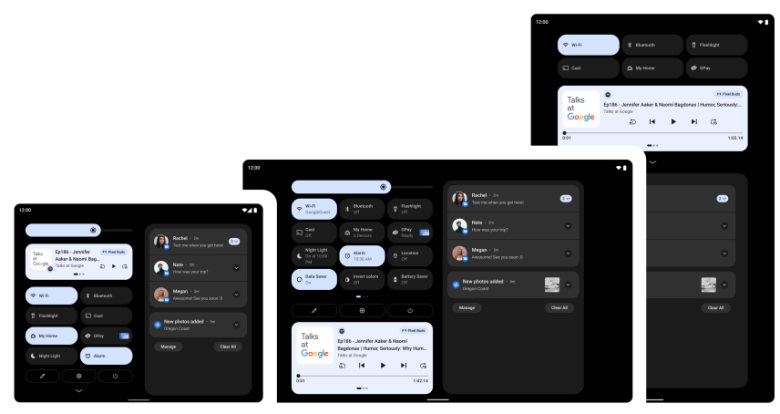 Google has released Android 12L Beta images for Pixel 3a, 4, 4a, 5, and 5a series phones and promises that Pixel 6 images are coming soon. There are also Generic System Images that may work on some other devices.

Many of the operating system’s biggest updates won’t be readily visible on a phone-sized device. For example, you won’t see the two-column layout for the Quick Settings panel, lock screen, or apps that support the feature, and you wont see the new Taskbar or other multitasking features.

But Android 12L isn’t just for large-screen devices. It’ll also be coming to phones, and rolling out a beta now allows developers and early adopters to kick the tires and make sure everything is working properly.

There are also some bug fixes and cosmetic changes that you can see on smartphones, including refinements to the Sound & vibration and Internet settings pop-ups.

Casual users, meanwhile, are probably better off waiting for the stable build of Android 12L to be released. The beta has some known issues including a storage partition problem that may require deleting or resizing partitions in order for the operating system to run properly, a bug that may prevent the phone from rebooting properly (the workaround involves a factory reset), and an issue that may prevent you from hearing audio in phone calls when using the default Dialer app.