It’s been seven years since Google introduced its Material Design language for Android devices. Now the company is revealing the biggest update yet, a customizable new version that’s designed to let you personalize your devices.

The update is called Material You, and it’ll launch first on Google Pixel devices when Android 12 rolls out this fall. But Google says eventually elements of Material You will roll out to web, Chrome OS, smartwatches, and smart displays.

But users can also preview the new user interface, along with other changes coming to Android, by downloading the first Android 12 Beta, which is available starting today for select phones from more than 10 different manufacturers. 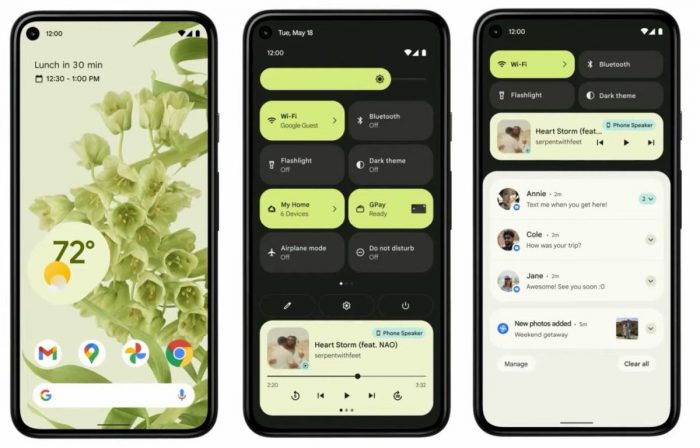 At its most basic level, Material You lets you go way beyond choosing light and dark modes for your phone. You can now choose from a variety of color palettes for the operating system and all apps that support it, and you can quickly switch between different modes depending on your mood.

But colors aren’t the only things changing. Android 12 also includes a major overhaul to notifications, quick settings, and the lock screen. 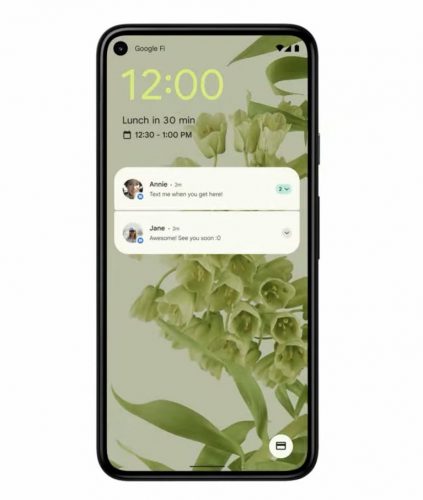 The quick settings area has a series of toggles that are much larger than the buttons in previous versions of Android, and a few new privacy features including buttons that let you disable camera and mic access for all apps with a tap.

Speaking of privacy features, there are a couple of other big changes. When an app is using the camera or mic, for example, you’ll see a notification to let you know that they’re active. 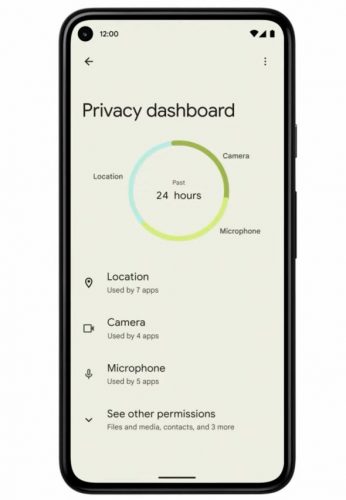 And there’s a new Privacy Dashboard that provides an overview of which applications have accessed your location, camera, or mic in the past 24 hours, including Google applications. And you can also quickly access app permission settings from this screen.

Other changes in Android 12 include:

2 replies on “Android 12 will bring a major UI refresh, privacy updates, and more”