Google released the source code for Android 12 this week, but the company doesn’t plan to begin rolling it out for its own Pixel phones for at least a few more weeks, which means that if you want to run Android 12 on Pixel or third-party devices right now you have two choices: use an Android 12 Beta, or install a custom ROM.

That second option is a new one, made possible by this week’s source code drop. 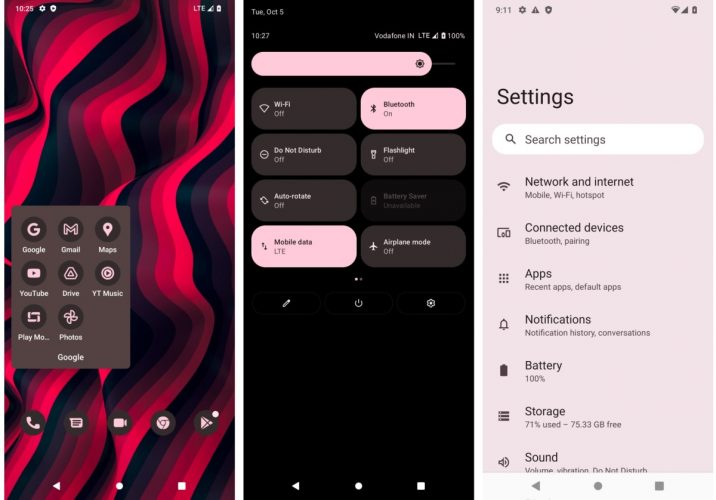 The folks at xda-developers report that there’s already an Android 12-based custom ROM available for the Xiaomi Mi 9T Pro and Redmi K20 Pro smartphones. Based on Android Open Source Project code, the software functions as a replacement for the operating system Xiaomi ships on those phones.

It’s likely that this will just be the first of many Android 12 custom ROMs. At this rate, I suspect you’ll be able to install a third-party port of Android 12 on Pixel phones before Google’s official update rolls out.

If you are trying developer abhishek987’s custom ROM for the Xiaomi Mi 9T Pro though, there are a few things to keep in mind. One is that SELinux is set to “permissive,” by default, which could pose security risks. And second, since Google hasn’t yet open sourced the Android 12 theming system that will allow the color scheme to change based on your wallpaper, developer abhishek987’s custom firmware uses a third-party, open source solution to achieve similar results.