Fairphone is a rather small fish in the big pond of phone makers. But the Dutch company continues to have one of the best track records around when it comes to supporting old hardware.

Earlier this year Fairphone released a major operating system update for the Fairphone 2, a discontinued phone that was first released in 2015. Now the company has followed up with another new software update for an old phone. 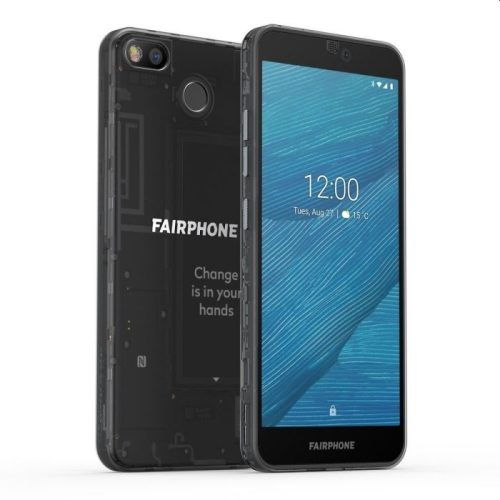 This week Fairphone has released Android 11 for the Fairphone 3 and Fairphone 3+, which launched in 2019 and 2020, respectively.

The company still sells the Fairphone 3+ as well as the newer Fairphone 4, but the original Fairphone 3 was discontinued last year. You can still buy spare parts for it though, and if you’ve still got one, now you can run Android 11 software on a phone that originally shipped with Android 9.

Sure, the update comes at a time when Android 12 is widely available and Google is getting ready to release Android 13 later this year. But for a small company, Fairphone has a pretty good track record with providing software updates… even going so far as to release updates for devices that are no longer officially supported by the chip maker in some instances.

The Fairphone 3 is a smartphone with a 5.65 inch, 2160 x 1080 pixel display, a Qualcomm Snapdragon 632 processor, 4GB of RAM, 64GB of storage, and a few unusual features by modern smartphone standards including a 3,040 mAh removable battery, a microSD card reader, and a headset jack. It also has a USB-C port dual nano SIM slots, NFC, and dual rear cameras.

Like all devices from Fairphone, the 4G LTE-enabled phone is also made from ethically-sourced materials where possible, including fair trade cold and recycled plastic.

The slightly newer Fairphone 3+ is nearly identical, but it features a higher quality front and rear cameras, while the current-gen Fairphone 4 has a bigger display, a newer, faster processor, more memory and storage, a bigger battery, and 5G support… but no headphone jack.

Unfortunately all of Fairphone’s smartphones to date have been designed for the European market and have limited support for global cellular networks, which makes them less useful for customers in North America or other parts of the world.