Google has released Android 11, and after months of public beta testing, there aren’t a lot of surprises. But the latest version of Google’s smartphone operating system does bring a handful of new features as well as under-the-hood improvements that could lead to a better experience.

Android 11 will begin rolling out to Google Pixel smartphones today, as well as select phones from OnePlus, Xiaomi, and Oppo. It should be available for phones and tablets from other device makers soon. 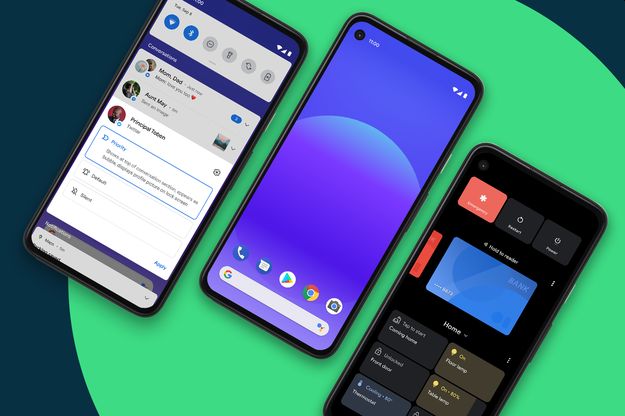 Among other things, Android 11 brings support for screen recording, chat bubbles (for responding to messages without switching between apps), a dedicated conversation area in the notifications, and the ability to access a new smart device user interface by long-pressing the home button.

That last one feels like unnecessary bloat for those of use who may not have smart bulbs, locks, thermostats, or other IoT devices that you’d want to control from your phone. But I imagine it could come in handy for those who do.

Other changes include support for using Android Auto wirelessly (assuming you have a car that supports the feature), updated media controls that make it easy to switch playback devices (from speaker, to headphones, to your phone’s built-in speaker, for example), and privacy enhancements including support for granting an app a one-time permission to use your mic, camera, or location rather than letting it use that hardware all the time.

While Android 11 will eventually be available for phones and tablets from most device makers, there are some Pixel exclusive features including:

Android 11 is available for the Google Pixel 2 and later. OG Pixel users are out of luck (unless they unlock their bootloaders and wait for a custom ROM, anyway).