Google has been using the code name Android Q to refer to the next version of smartphone, tablet, and smart TV operating system while it’s still in development. But when it’s ready for release in a few weeks, it’ll just be called Android 10.

Of course, Google usually gives new versions of Android a number. But up until now the company has also alphabetical used a “tasty treat” code name for each public release, starting with Android 1.5 Cupcake in 2009 and ending with Android 9 Pie, which was released just over a year ago. 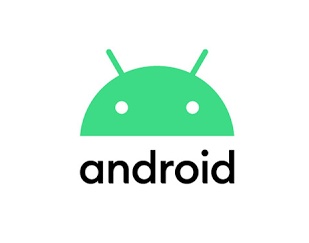 Google says the move will help avoid confusion… but I wouldn’t completely rule out the thought that it was tough to come up with a dessert starting with the letter Q.

In a blog post, Google says its developers have “heard feedback over the years that the names weren’t always understood by everyone in the global community.” For example, when spoken aloud, the letters L and R sound the same in some countries, which could make it unclear if Android L was the version that came after Android K or the version that will come after Android Q.

Using dessert names instead of letters could theoretically help… but some foods commonly consumed in certain regions aren’t popular in others. And Android 9 Pie doesn’t sound like a dessert around the globe either, because savory pies are more common than sweet ones in some parts of the world.

All of which is to say, whatever the reason, Google will likely continue to use code names during development. But the company isn’t going to keep using them publicly.

Google is also introducing some updated branding, including a slightly revised Android logo (which just uses the top of the robot’s head), black or white letters (depending on the background), and a new shade of green.

Don’t care much about branding? Then the big news is probably at the end of Google’s blog post, where the company notes that it will “officially start using the updated logo in the coming weeks with the final release of Android 10,” which means that the next version of the operating system should begin rolling out to Pixel smartphones, the Essential PH-1, and other supported devices pretty soon.