Have an iPhone, but prefer the design style of Android? A few years ago it probably would have been hard to find anyone who fell into that category — but with Matías Duarte overseeing Google’s design team, Android has earned a reputation for attractive design.

Folks who prefer Apple’s software and the wealth of apps available for iOS could legitimately prefer the look and feel of an Android device.

So how do you get some of that Material Design on an iPhone? First you jailbreak it. And then you install AndriOS — once it’s available. 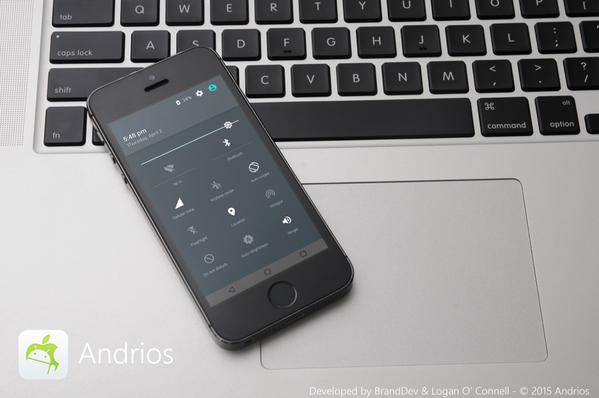 AndriOS is a Cydia tweak from @ImBrandDev and @LoganDev22 that changes the look and feel of Apple’s smartphone operating system. Among other things, it includes:

There are also tweaks to lockscreen notifications, navigation bars for most apps, and more.

The developers of AndriOS have been working on the project for a few months and hope to release it through the Cydia store for around $3 or $4 soon.

You can more images showing a preview of AndriOS at imgur.