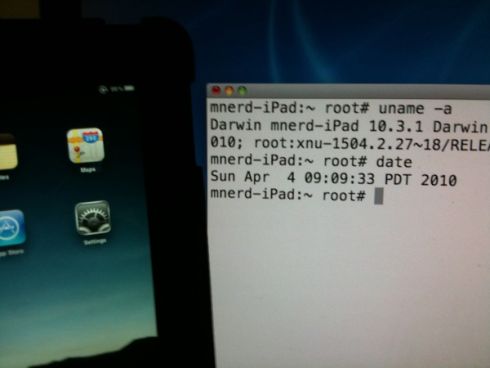 One of the main differences between Apple’s iPhone OS and Google’s Android operating system (you know, aside from the fact that Apple had a mobile OS first), is that Apple’s OS is locked down tight. Apple has a lot of control over the user experience, and you can’t easily install third party apps unless Apple has taken a look at them first and admitted them into the iTunes App Store. In some ways, that restrictive system gives you less control over your device, but Apple (and some users as well), would argue that this tight control is what makes Apple’s ecosystem work so well. You don’t end up with as many crappy, spammy, or dangerous apps in the App Store.

That said, there are plenty of folks who like being able to tweak hidden settings and install unapproved apps. And there’s been an active community of folks working on so-called jailbreak hacks for the iPhone and iPod touch for ages.

The biggest benefit to jailbreaking your iPhone is the fact that you can install programs that aren’t in the app store — including the Grooveshark app that lets you stream pretty much any song on the internet on your mobile phone. Jailbreaking also lets you run apps in the background, so you could stream music from Grooveshark while surfing the web in Safari. Apple typically only lets you run the iPhone’s native apps including the Safari and Music apps in the background.

Every time Apple releases a new version of the mobile operating system, there tends to be a jailbreak method released by the hacking community within a few days. And so it probably shouldn’t surprise anyone that the first Apple iPad jailbreak has already surfaced, just a little over a day after the Apple tablet hit the streets.

The iPad runs the same OS as the iPhone and iPod touch, so this is hardly surprising. But it looks like it will still be a little while before the technique is made available to the public.