Want to run Android apps on a PC? Developers have been offering emulators like BlueStacks and Genymotion for years. But for the most part those applications set up a virtual machine that isolates your entire Android experience from the rest of your operating system.

Anbox is a new open source system that lets you run Android apps on a PC natively, as if they were desktop applications. There’s no emulation required. 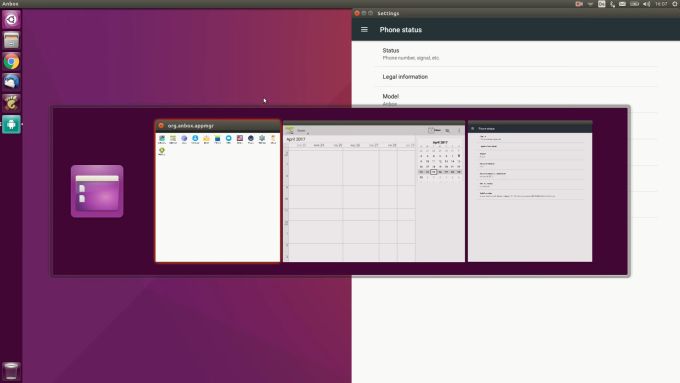 That’s because Anbox is designed to run on GNU/Linux distributions such as Ubuntu or Fedora, using the same Linux kernel for both the host operating system and for Android.

The software is still in alpha and the installer the installer currently requires an operating system that supports snaps, so not all Linux users will be able to easily install Anbox right now. But Ubuntu, arch, Debian, Fedora, OpenSUSE, and several other popular Linux-based operating systems already support snaps.

But since the whole project is open source, there’s nothing stopping developers from modifying Anbox for their own needs.

When you first install Anbox, you’ll have a few basic Android apps such as the Calculator, Contacts, email, Gallery, and Files apps. But you can set up adb to install Android apps from a Linux terminal command line. And theoretically you could also install the Google Play Store or a different app store, although Anbox does not come with the Play Store preinstalled.

While Anbox lets you run Android app on a desktop or notebook computer, it could also be used for smartphones or tablets. Canonical may have just pulled the plug on Ubuntu for phones, but third-party developers hope to continue developing the platform, and a utility like Anbox would make it possible to have an Ubuntu-based phone that can also run apps developed for Android.

via Simon Fels and Hacker News