The Anbernic RG5050 is a handheld game system featuring a 4.95 inch OLED display, a Unisoc T618 octa-core processor with Mali-G52 graphics, 4GB of RAM, and 128GB of storage, and Android 12 software.

It’s the latest in Anbernic’s growing family of handheld gaming devices, and it’s up for pre-order now for $148. The price will rise by $10 on November 29th when shipping begins. 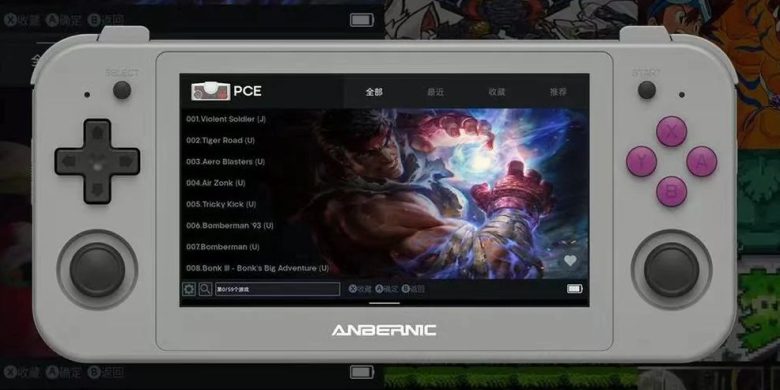 Some of the new model’s specs look familiar – the display and controllers are very similar to those for the slightly cheaper Anbernic RG503, which launched earlier this year.

But the RG505 has a slightly boxier design, a faster processor, and ships with Android (with a gaming-focused user interface) rather than Anbernic’s Linux-based software.

Here’s a run-down of key specs for the Anbernic RG505:

Wondering how the Anbernic RG505 stacks up against the similarly-priced, similarly-sized, and similarly-specced Retroid Pocket 3+ handheld? Obscure Handhelds has a handy comparison… but in a nutshell, the Retroid model has HDMI output, Android 11, and a higher-resolution IPS display (although higher resolution might not necessarily be a good thing).

Meanwhile, to get a better sense of what the RG505 can do, you might want to check out the in-depth review from RetroGamesCorps.