Want to play some old-school games on a modern device? There’s no shortage of emulators that will let you fire up classic games on a phone. Or you can buy any number of modern handhelds designed to play old games (or maybe build your own).

But the Analogue Pocket is something different.

The upcoming handheld game system has two FPGAs that can be programmed to work like the actual hardware of original game systems — which means that games run without any software emulation. In fact, you can insert a Game Boy, Game Boy Color, or Game Boy Advance game cartridge in order to play classic games on the Pocket. Analogue says more than 2,780 games are supported out of the box.

But that’s just the tip of the iceberg. Since the system supports adapters, you should be able to buy an add-on that will let you play games designed for other handheld systems like the Neo Geo Pocket Color, Atari Lynx, or Sega Game Gear.

Since there’s no software emulation required, games should run as if you were playing on original hardware — without any of the glitches you may experience if you’re running ROMs in an emulator. 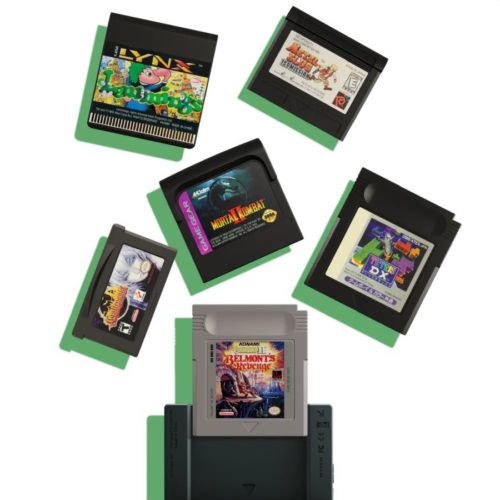 But the Analogue Pocket does have some modern touches — it sports a 3.5 inch, 1600 x 1440 pixel LCD display with 615 pixels per inch. Since that’s 10 times the resolution of an original Game Boy, it’s possible to scale graphics up to the higher-resolution display with sharper imagery and better color, dynamic range, and brightness.

The Nanoloop audio synthesizer and sequencer is also built in, allowing you to make music on the Pocket.

The system is powered by a rechargeable lithium ion battery, features a USB-C port for charging and a 3.5mm headphone jack. There’s a microSD card slot for storage, and all of the Pocket’s buttons are mappable, if you want to change way you interact with the system. 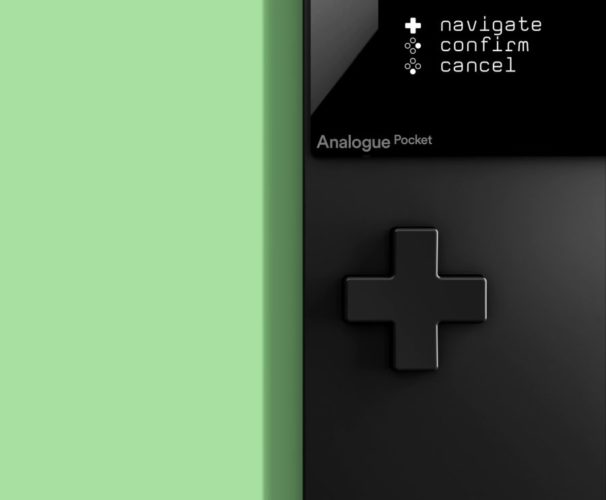 Analogue also plans to sell a docking station that lets you connect the Pocket to a TV. It has HDMI output, 2 USB inputs for wired controllers, and Bluetooth support for wireless controllers.

The company isn’t ready to announce a price for the dock yet, but the Analogue Pocket handheld retro console will sell for $200 when it goes on sale sometime in 2021.

That makes it more expensive than many other handheld retro consoles. But the Analogue Pocket’s price is in the ballpark of the company’s other products… even though it’s far more versatile (and portable) than those systems (which only run games designed for a single console type).

Update 7/27/2020: Originally scheduled for release in 2020, the developers of the Analogue Pocket have pushed back the release date to May 2021 or later due to global supply chain issues. The handheld game system goes up for pre-order starting August 3, 2020 for $200. The physical design has also been updated with the start, select, and home buttons moved from the side to the bottom.

Update 4/02/2021: Thanks to the global chip shortage and other supply chain issues, the release date has been pushed back again, this time until October, 2021.