After making a splash in the mobile space this year with its high-performance, energy-efficient AMD Ryzen 4000U and 4000H “Renoir” series processors, AMD is bringing Renoir to desktop computers.

All of the new chips are based on the same 7nm, Zen 2 architecture as the company’s laptop chips. And they all feature AMD Radeon integrated graphics.

AMD says the first desktops with Ryzen 4000G series chips will be available in the third quarter of 2020. 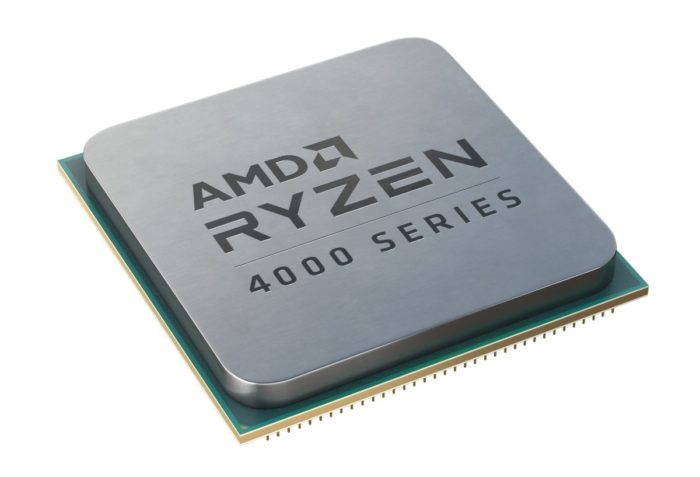 At launch the only way to get one of these new processors will be to buy a system with one pre-installed. AMD is only targeting OEMs and system integrators for now. Eventually AMD will expand to the consumer market though, allowing individuals to purchase AMD chips to install on their own.

While these new chips won’t offer the same level of performance as AMD’s pricier Threadripper chips with up to 64-CPU cores, the company says you can expect a 2.5X performance boost over previous-gen AMD processors in the same 35W to 65W range and CPU performance that’s competitive with Intel’s 9th-gen Coffee Lake chips, and significantly better graphics performance

AMD is also introducing Ryzen Pro 4000 series desktop processors with all the same features, but with the additional promise of pro-level security and manageability features and 18-months of planned software stability and 24-months of planned availability for enterprise customers.

Finally, AMD is introducing several new Athlon processors designed for lower-cost computers. These new chips are based on the previous-gen Zen+ architecture and come in dual-core and quad-core variants. Here’s an overview: