The upcoming AMD Radeon RX 5700 graphics card will be the first GPU based on AMD’s new Navi graphics technology.

AMD didn’t spend a lot of time talking about what that means in terms of real-world performance during the company’s Computex keynote. But the company did say explain that the 7nm, Radeon RX 5700 would be the first gaming GPU to feature support for PCIe 4.0 and GDDR6 memory.

The company also showed the processor scoring about 10 percent higher than an NVIDIA GeForce RTX 2070 when playing Strange Brigade — which is an interesting choice, since AMD chose not to compare its next-gen GPU to NVIDIA’s current top-of-the-line RTX 2080. 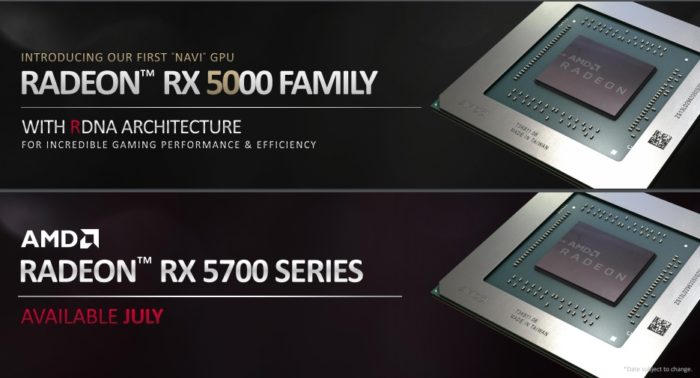 As for the new Navi architecture, it’s a name you might not actually hear AMD mention too much in the future, because the chip maker is officially calling the new GPU architecture RDNA (Radeon DNA).

We should find out more about AMD’s next-gen graphics technology during E3. AMD has scheduled a press event for June 10th.