The first laptops powered by AMD Mendocino chips should arrive by the end of the year with prices starting at around $399. As expected, the processors are designed for budget devices and pair a low-end GPU based on AMD’s current-gen graphics technology with a CPU based on older AMD architecture.

AMD says the result is a processor that can power laptops that get up to 12 hours of battery life, while providing acceptable performance. Just don’t expect these new chips to show up in gaming laptops or mobile workstations anytime soon. 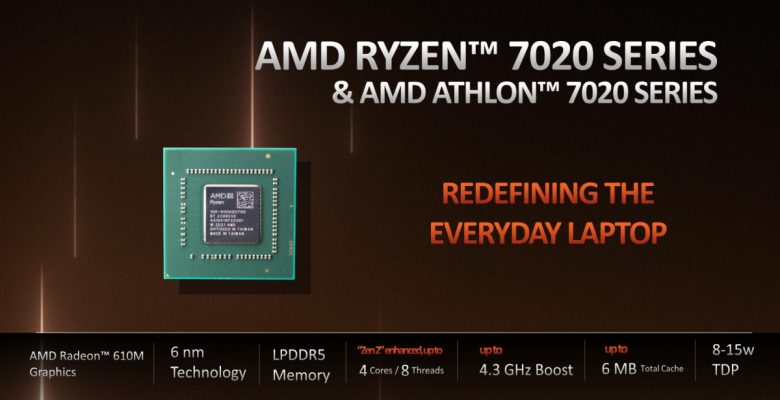 That’s because while the new chips feature Radeon 610M graphics processors based on AMD’s RDNA 2 architecture, there are only two RDNA 2 cores. By comparison AMD’s Ryzen 7 6600U chip has 6 RDNA 2 cores, and the Ryzen 7 6800U has 12.

As for the CPU, AMD is reusing the Zen 2 architecture that first debuted in 2019 rather than the newer Zen 3, Zen 3+ or Zen 4 architectures found in other current-gen AMD processors.

But while the new chips certainly aren’t AMD’s most powerful, the company is making some strong claims that they’ll be competitive in the budget laptop space with features including:

AMD has unveiled four Mendocino processors which will be available at launch:

According to the company, the Ryzen 3 7320U offers “58% faster multitasking and 31% faster application launch speed” than a similarly-configured notebook with an Intel Core i3-1115G4 processor. 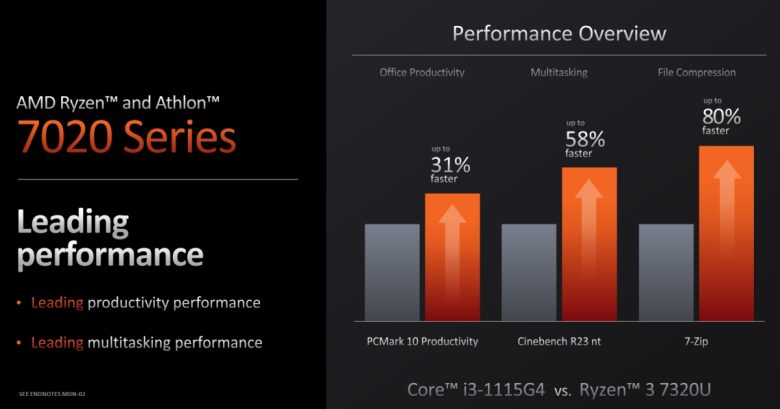 The company hasn’t shared performance expectations for the higher-spec Ryzen 5 7520U or the lower-spec Mendocino chips branded with the AMD Athlon name.

All of the Mendocino chips are manufacturing using TSMC’s 6nm FinFET process, support up to 16GB of LPDDR5-5500 dual-channel memory, PCIe 3.0, and DisplayPort 1.4 and HDMI 2.1, and AMD FreeSync.

The chips all feature support for Windows 11 and include Microsoft Pluton security processor (for better or worse). 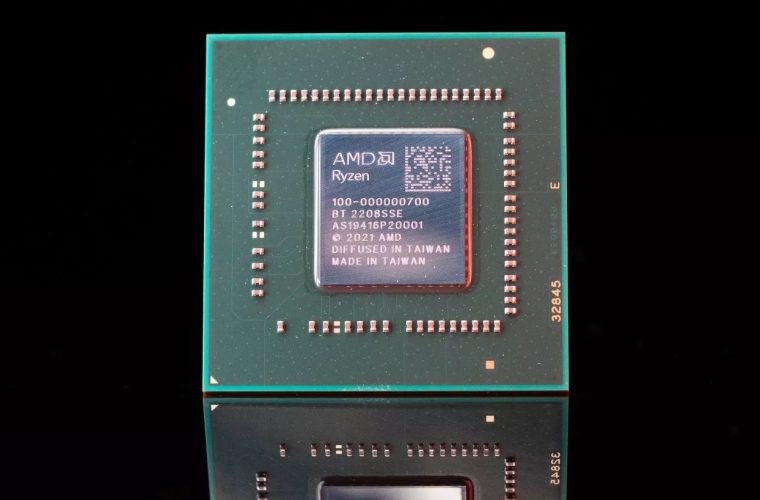 Some of the first notebooks powered by the new chips are expected to include new Acer Aspire 3 laptops with 14 and 15 inch displays, a new HP 17 inch laptop, and an unspecified next-gen Lenovo IdeaPad notebook. But we may also see the chips used in some other low-cost devices. Handheld gaming PC makers including AYA and AYN have both announced Mendocino-powered models expected to feature starting prices below $300.