AMD launched a developer kit for its first processors based on ARM technology almost a year ago. Now the chip maker says those Opteron A1100 chips based on 64-bit ARM Cortex-A57 designs will ship in the second half of 2015. They’re designed for servers, but it’s possible something similar could also show up in mobile devices at some point.

So what’s next? AMD has more ARM-based chips in the works. But they won’t be available until 2017. 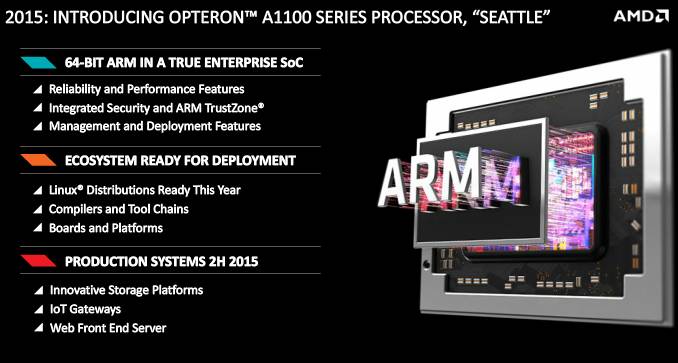 The next-gen chips are code-named K12, and they’ll also be based on 64-bit, ARMv8 architecture. But instead of licensing a design such as Cortex-A53 or Cortex-A72 from ARM, AMD is using its own design for the upcoming K12 processor core. 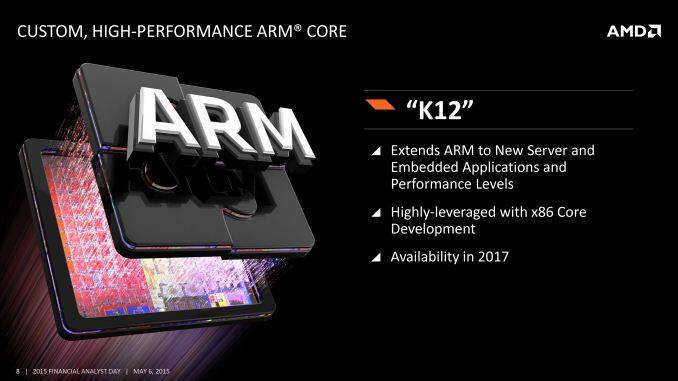 AMD isn’t sharing many details about its K12 chips yet, but they’re also aimed at servers and embedded devices… and they’re running behind schedule. The company had originally planned to launch K12 chips in 2016, but now that launch date has been pushed back a year.

Meanwhile, the company is killing off Project Skybridge. That was a project the company introduced last year to create pin-to-pin compatible chips based on x86 and ARM architecture, allowing system builders to use low-power chips using either technology in the same system.

via AnandTech, ExtremeTech, and AMD