Intel may be struggling to start producing 10nm processors, but rival AMD is already getting ready to launch its first 7nm chips.

During the company’s Computex press conference, AMD demonstrated an upcoming graphics processor based on Vega architecture and manufactured using a 7nm process.

The company hardware partners are already testing samples, and the new 7nm Vega GPU should be available by the end of the year.

The company also says its first 7nm CPU is on track to launch in 2019, but the company provided fewer details about that upcoming processor.

Unfortunately neither chip is destined for the consumer market

The company says it’s twice as energy efficient as its predecessors, offers up to 1.35 times faster performance, and features 32GB of HBM2 memory. 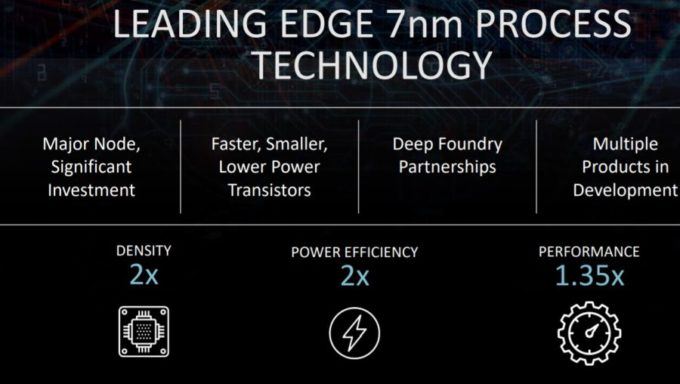 Meanwhile, the first 7nm CPU from AMD will be an “Epyc” processor based on the company’s Zen 2 architecture and designed for servers rather than personal computers. But it’ll pave the way for AMD to eventually released 7nm chips for desktop and notebook computers.

AMD says it’ll start sampling the new 7nm Epyc chip in the second half of 2018 and that it should be available sometime next year. 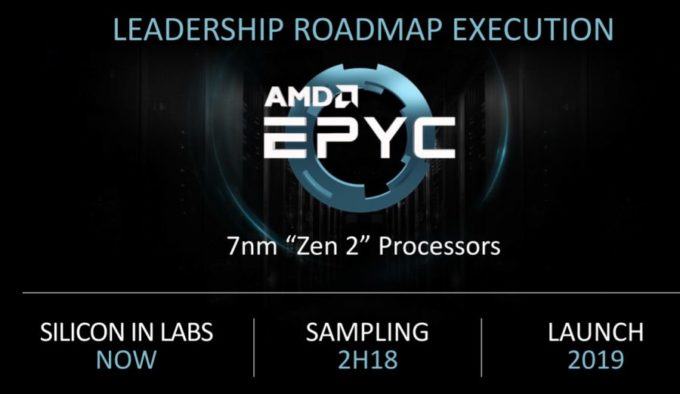 Generally speaking, shrinking the die brings efficiency and performance enhancements, which is something we can already see from AMD’s 7nm Vega GPU presentation. But we’ll probably have to wait a little while to find out just how much of an improvement we can expect from AMD’s upcoming 7nm Epyc CPU.