A few months after introducing 3rd-gen Ryzen Threadripper desktop processors with up to 32 CPU cores, AMD is introducing a 64-core version.

The AMD Ryzen Threadripper 3990X processor is the first consumer desktop processor from any company to feature 64 CPU cores and 128 threads, and it’ll be available starting February 7th for $3,990. 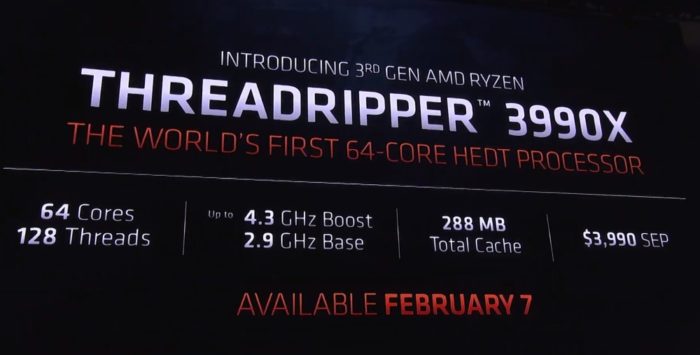 This 64-core chip is probably overkill for most consumers… but if you want the power of a high-end workstation for heavy-duty rendering jobs, AMD says it outperforms a computer with dual Intel Xeon Platinum 8280 processors, which would set you back more than $20,000 and which would only offer 56-cores and 112 threads.