AMD’s latest high-end desktop chips are coming this month… and they feature a lot of CPU cores.

They’ll also be available starting November 25th, but the Threadripper chips will set you back $1399 and $1999, respectively. 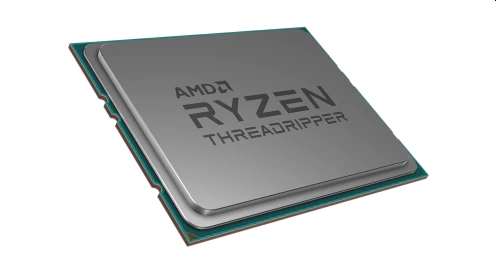 All of the new processors are 3rd-gen Ryzen chips based on the new 7nm Zen 2 architecture. And they all support hyperthreading, which means you get twice as many threads as you do CPU cores.

Here’s a run-down of some key specs for each chip:

The Ryzen 9 3950X is obviously more of a mainstream chip given its price and power consumption, while the new Threadripper chis are aimed at folks looking for bleeding edge performance… but the naming scheme has some folks wondering if there’s an unannounced Threadripper 3990X on the way.

Meanwhile, AMD is also launching a new processor for customers looking for something cheaper… a lot cheaper.

You can find out more about AMD’s new desktop chips by checking out the Ryzen 9 3950X press release, the 3rd-gen Threadripper video below, or Anandtech’s deep dive into the newly announced processors.