AMD is getting ready to ship its first Ryzen processors based on the new Zen 2 architecture, which the company says offers up to a 15 percent boost in instructions per clock, double the cache size, and twice the floating point performance.

The first Zen 2 chips will be AMD’s 3rd-gen Ryzen processors for desktops, which are coming in July for $199 and up.

Oh, and the 3rd-gen Ryzen chips will also be the first 7nm desktop processors to market… at a time when Intel is just about to launch its first 10nm laptop chips. The company is highlighting its move to 7nm by releasing the new processors on 7/7/2019. 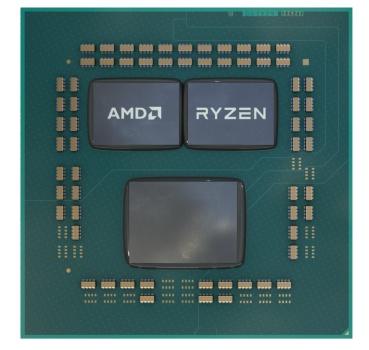 Here’s a run-down of the 3rd-gen Ryzen desktop chips coming at launch:

AMD says the new chips have 24 PCIe 4.0 lanes and they’re designed to work with new X570 motherboards featuring 16 lanes, for a total of 40.

And while a performance boost over previous-gen AMD Ryzen chips is nice, the real question is going to be how these processors compare tot he competitions — AMD says they offer higher performance than equivalent Intel chips that use less power… at least in some circumstances.

While AMD gets to cherry pick benchmarks that will show its chips in the best light until they’re made available to reviewers and the public, that still seems like a promising result.