Intel unveiled an upcoming 28-core CPU this week, promising it’d be available in the fourth quarter of 2018. So naturally AMD just announced a 32-core processor that could hit the streets months earlier. It’s due out in the third quarter of 2018.

The 2nd-gen AMD Ryzen Threadripper is a high-end processor based on the company’s 12nm Zen+ architecture and it’ll be available with up to 32 CPU cores and 64 threads. 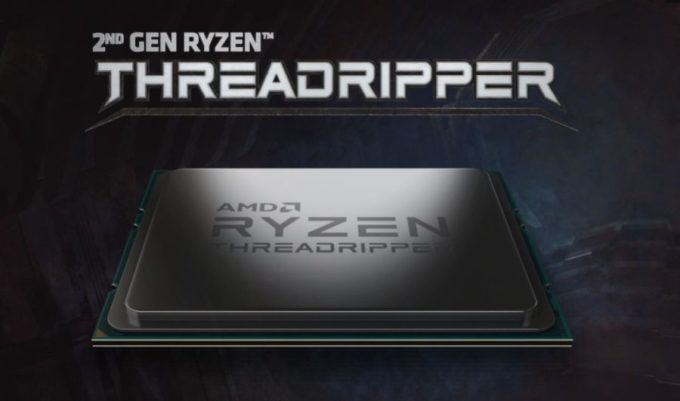 That’s twice as many CPU cores as the top-end first-gen Threadripper, but it also features architecture enhancements that should offer improved boost algorithm, among other things.

The new chip is also compatible with the existing TR4 socket, which means that if you’ve got a motherboard that supports a 1st-gen Threadripper chip, you can just drop in one of the new processors, although you may need a BIOS update.

In an on-stage demo, AMD compared a computer with a 24-core Threadripper processor, 32GB of 2667 MHz memory, and an air cooler to a system with an Intel Core i9 18-core processor with 32GB of 3200 MHz RAM and liquid cooling, showing that the AMD system was able to render a complex image in Blender more quickly.

2 replies on “AMD’s 2nd-gen Ryzen Threadripper: Up to 32 CPU cores”