Chip-maker AMD is best known for producing processors for laptop and desktop computers. But the company also sells a line of low-power processors for embedded platforms such as medical appliances or point-of-sale devices (like cash registers).

Today the company is introducing its latest low-power chip, the AMD Embedded G-T16R APU. It’s a processor with a TDP of 4.5 watts, and average power consumption of 2.3 watts. 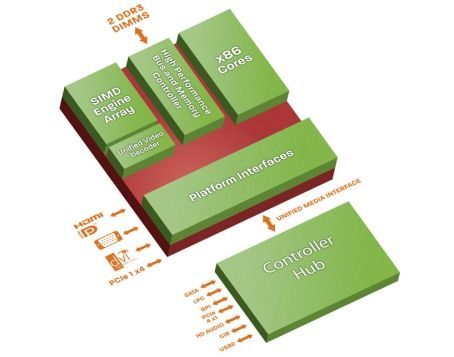 The AMD G-T16R is an x86  processor with integrated graphics and support for VGA, LVDS, DVI, HDMI, and DisplayPort interfaces.

The new chip supports Windows Embedded Compact 7 as well as other embedded operating systems including Green Hills INTEGRITY and Expres Logic ThreadX, but I wouldn’t be surprised if you could also coax it into running various Linux distributions.

While the chips are aimed at industrial and commercial applications, embedded chips also sometimes find their way into tablets, set-top-boxes, and other devices. I wouldn’t mind seeing an MK802-like PC on a stick with an AMD G-Series processor.