You can divide AMD’s 7th-gen A-series processors into two families: there are the higher-performance AMD A10 and A12 chips for premium laptops, and the AMD E2, A6, and A9 chips aimed at “value” computers.

While the company says both sets of chips offer big performance improvements over previous AMD processors, the biggest gains might be in the chips for cheaper laptops. 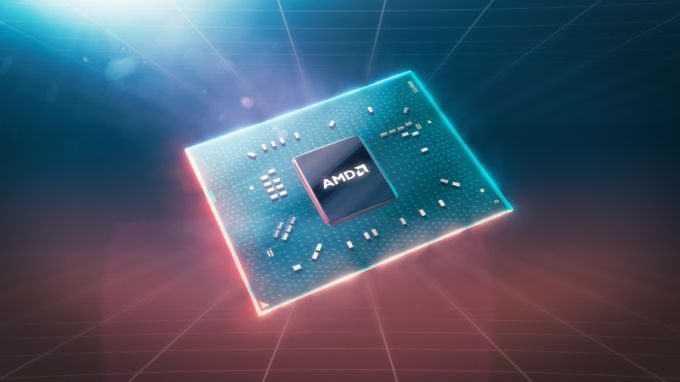 So while the A10 and A12 “Bristol Ridge” processors use the same CPU architecture as the company’s 6th-gen chips, the Stony Ridge chips have been bumped up from the less impressive “Jaguar” CPU architecture.

These are still the company’s budget processors though. The new Stony Ridge chips are all dual-core processors, with no quad-core options, for instance. And they have less powerful graphics.

Still, AMD says the low-end laptop space has been stagnant in recent years when you look at performance. And while the company clearly made the decision to move to Excavator CPU cores before Intel announced its plans to cancel its next-gen Atom processor, it sure seems like Intel’s decision leaves an opening for AMD’s new chips which should offer better performance at the same low price point.

Intel isn’t giving up on the low-power space altogether. The company does have it’s new Apollo Lake processors for notebooks and 2-in-1s coming soon.

But AMD seems to be positioning its entry-level Stony Bridge processors as higher-performance alternatives that should offer better CPU and graphics performance. We’ll have to wait a little while to find out if that’s true under real-world conditions, but AMD does say that the new A9 processor, for example, offers 50 percent better single-threaded CPU performance than an equivalent 6th-gen AMD A8 processor, and a 36 percent boost in graphics performance.

Overall, the company says the AMD A9 chip will be able to go head-to-head with Intel’s Core i3 Skylake-U chips at a competitive price.

The chip maker also makes bold claims about how competitive its Bristol Ridge chips will be against Intel’s Core i5 Skylake processors… but AMD officials acknowledges that the company had some catching up to do in most areas (although AMD has long been pretty competitive when it comes to integrated graphics).

Among other features, AMD points out that its Stony Ridge chips support DDR4 memory with speeds up to 2133 MHz, HDMI 2.0, PCIe Gen 3.0, hardware-accelerated H.265/HEVC and VP9 video decoding, and much higher speeds than previous-generation “value” chips.

On the other hand, with 15 watt TDPs, the new chips are a little more power-hungry than some of AMD’s other entry-level processors.

AMD’s E2-9010 features a base CPU speed of 2 GHz and with maximum burst speeds of 2.2 GHz. This chip features Radeon R2 graphics.