AMD’s first Ryzen chips are expected to ship in 2017, and the company has said that the octa-core, desktop-class processors are competitive with some of Intel’s most powerful desktop chips.

Now a leaked set of benchmark results from a French publication suggest that AMD isn’t kidding.

But Intel also has some new chips coming in 2017. BenchLife has spilled the beans on some changes in Intel’s roadmap, suggesting we could see some new desktop class processors unveiled at the Consumer Electronics Show in January. 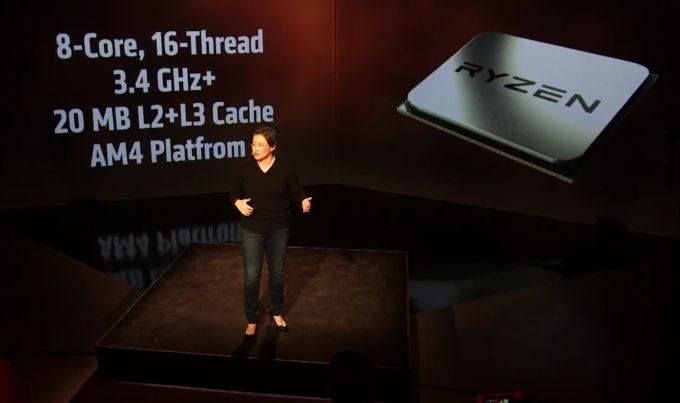 AMD had already demonstrated the 95 watt processor’s ability to keep up with or surpass a 140 watt Intel Core i7-6900K processor in some tasks.

But you’d expect the company to cherry-pick the tests that show its processor in the most positive light.

It looks like French magazine Canard PC got a chance to run their own tests, and they’ve found that that the Ryzen processor offers performance somewhere between that of a Core i7-6800K and Core i7-6900K chip in most tests involving video and graphics encoding.

When it comes to gaming, the Ryzen processor is closer to a Core i5-6500 or Core i5-6600 chip. That said, while Intel still has the edge in raw horsepower, AMD’s chip should be cheaper and more efficient while still offering competitive performance… something that hasn’t always been true of AMD’s chips in recent years.

According to documents obtained by BenchLife, Intel will show off its Kaby Lake-S and Kaby-Lake H processors at the Consumer Electronics Show.

H typically stands for high-power, or high-performance in Intel speak, while S means “performance optimized,” or fast… but not as fast (or power-hungry).

BenchLife says Intel has apparently scrapped the 18 watt Kaby Lake chips that had been planned for notebooks. 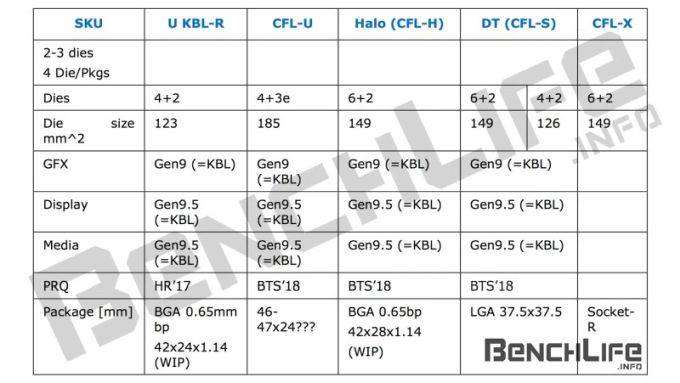 But the company is bringing back its R series processor line with new hexa-core 7th-gen Kaby Lake-R processors. As far as I can tell, the last time Intel released R series chips was with for its 4th-gen Core “Haswell” processors with chips like the Core i7-4770R, described as a “desktop processor based on a BGA1364 (mobile) package with high performance graphics.”